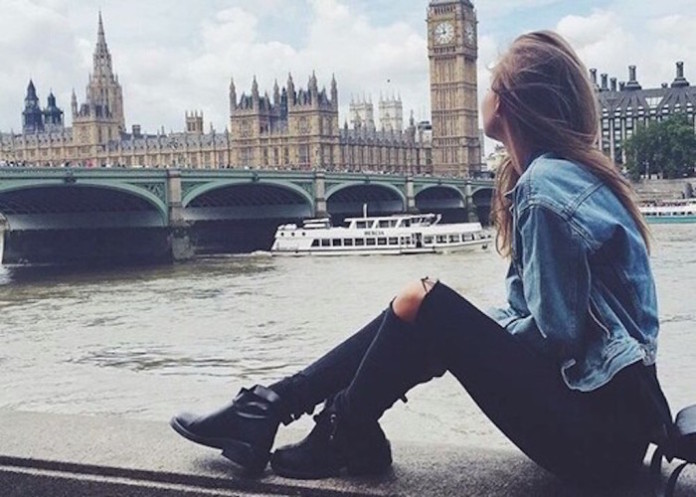 Being in your 20s is tough…you’re finding your footing as an adult, and the last thing that you need is a bad breakup to slow you down. One dating mistake is enough for some of us to say ‘never again!’ – but rather than admitting we’re hurt and working on it, we put our guards up and won’t tell a soul why. These 7 things are just a few of the ways us 20-somethings attempt to avoid heartache..and if we keep them up, we will only hurt ourselves.

So, you meet a nice guy/girl. You think they’re awesome, gorgeous, and totally sending off sparks. So, instead of asking them out, going on a few dates, and getting to know them, you tell all your friends that you’re ‘talking to someone’. You text them constantly, Snapchat them pictures of what you’re wearing, and give them the occasional flirtatious phone call when you say goodnight. That way, you’ve not really invested any time in this person in case you decide not to take in any further – you’re just talking, after all.

2. We don’t do the “relationship” thing

Even I’ve said this one, and I’ll be the first to admit: it is one of the stupidest things I’ve ever heard. If you just want to sleep with people, that’s fine, as long as you just say so. But no one just says so. We get ourselves romantically involved, fool around, go out to dinner, and a movie, then we get scared of committing and decide we aren’t doing the relationship thing right now. You’re pretty much in a relationship with the person, you just don’t want to admit it. Why? Because if you’re in a relationship, you can get dumped. And that hurts.

3. We always have “the safety net”

This often takes form in a recent ex-partner who is perpetually single and phenomenal in bed. They’re familiar, they’re comforting, and they always seem to be available when you’re sad and lonely. If you’ve got a safety net and you’re hurting at home with a broken heart, all it will take is a text message for you to get back on the horse (literally speaking!) and remind yourself you’ve still got someone who wants to be with you. Disclaimer: his method generally results in one of you two falling hopelessly in love with the other, and as years worth of rom-coms will tell you, it rarely works out.

There are so many dating and networking apps now that we’re spoiled for choice. With gay apps, BDSM apps, hookup apps, and soulmate apps, surely we can find someone out there who will be interested? Most 20-somethings have downloaded one of these virtual wonders at some point, either for some serious searching or just to see who is out there. It’s a nice ego boost, having people message us and like our photographs, and it makes us feel secure. It’s also a reassurance that we can be looking for our next ‘date’ when we’re still having an unnamed, undefined relationship with somebody else. But we need to be careful: sometimes having too many choices isn’t a good thing.

5. We convince ourselves ‘It’s just sex’

Sometimes, we just want to jump someone’s bones. It’s exciting and fun to have no-strings-attached sex, as long as you can be 100% sure that’s all it is.These days, it seems like we usually sleep with someone before we have the relationship talk, so it’s only a matter of time before we’ve mentally mapped  out our entire future, our kids, and their names with our latest FWB, only to find out they’re just for a little side action. It happens.

Bottom line: Never just sleep with someone you have feelings for, it’ll just make it worse. Trust me.

6. We have sex, when it really is just sex

On the other hand, a lot of us 20-somethings just choose to have sex. Simple. We don’t ask questions, we don’t cuddle, we don’t talk about your childhood, your pets, or your dreams, and it’s not to be callous; it’s just because we don’t really care. There is absolutely nothing wrong with enjoying having sex with people, as long as you’re doing it because you want to, not because you’re avoiding having feelings for someone.

Sex is amazing, but it doesn’t replace intimacy, love, and romance.

We all have the idea of a perfect person – but rather than looking for someone who is already perfect, we impose our ideas of ‘perfect’ on everyone we meet. Some might say we’re just picky, but really some of us use a long list of must-haves as an excuse to get away from someone. It can be anything: they didn’t go to college, they can’t drive, they don’t believe in animal rights. If we hold everyone to such high expectations, we know they’ll fail, and ultimately that’s what we want. Using the ‘fairy-tale‘ method, we can rule out pretty much every person on the planet, and we can feel completely justified in the process.

Dating will always be a confusing topic, and there will never be a right or wrong way to go about it, but don’t you think it’s all getting a bit too complicated now? We need to stop overthinking and just enjoy ourselves – you’re only young once.

What No One Tells You About Leaving Your Comfort Zone