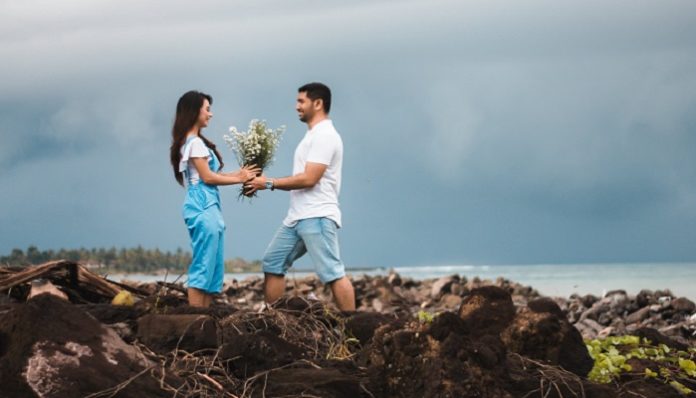 Crushes are like disasters just waiting to happen. You know what’s waiting for you at the end of it all, and yet, like the needy young adult that you are, you go spiraling towards him regardless. You know what I’m talking about. We all have those crushes that we just will NOT be able to forget irrelevant of how many years pass. Surprisingly, these crushes usually progress in a similar fashion as well.

It all starts on one miserable school morning. Against your better judgement, you signed up for that 8 A.M. calculus class; and let’s be honest, you know you’re going to spend at least 40 minutes of that lecture scrolling through your Facebook newsfeed.

Then it happens – you see the sole reason to drag your sorry butt out of bed and into this nightmare of a lecture hall every morning. You see that one guy that makes you go, “Damn, where have you been my entire life?”

Aaaaaand it goes downhill from there. But you know it’s not serious. It’s more…motivation. Something to make your time pass quicker – your own, personal eye-candy.

“Is this seat taken?” he asks as he points to the spot beside you. You stare into his gorgeous eyes, fumbling for words, and wondering if you’re experiencing a small heart attack. You can’t help but over-analyze the situation. Of every seat in the room, he wants to sit in the one next to you! You’re totally meant to be….Sike, calm yourself. You haven’t even asked him what his name is. But it’s ok, you’ll learn it from the professor and cyberstalk him tonight on Facebook.

Stage 3: Friends or Friends with Benefits?

Luckily, as far as making friends goes, you’re a rockstar. So you two sit next to each other that one wonderful, magical day, start talking in the near future and become really close friends…but your crush never really fades. Honestly, having a crush on your friend is probably the worst feeling and most difficult situation to be in – especially if you know they don’t reciprocate your feelings! You get super jealous and come off as clingy. But you know you have no right to be since you’re “just friends”. Your feelings blur the fine line between “friend” and “potential boyfriend” and you’re never really certain of how you’re supposed to act around this individual.

In the end, this relationship usually goes one of three ways:

He falls in love with you and you two become the top notch example of Cinderella and her prince.

You remain friends. I realize it’s not exactly the greatest position to be in, but it’s not the worst either.

Or, the “friendship” turns into an “endship”. He’s not ready to deal with your feelings and decides he can’t put up with it. This really sucks because it not only means he has zero consideration for your friendship; but also that he couldn’t care less about you as a person.

Most of us have been in this mess at some point or another in our lives; it’s not great. From a simple crush, it escalates to something a lot more – and admitting your feelings is never easy of course. Isn’t it crazy how in a matter of months we start feeling so strongly for a person we didn’t know existed last season? Crushes are good. They’re a normal part of our young lives. Yes, they can be a hugely annoying part of our lives, but would life be half as interesting as it is without them? Probably not. Besides, in Olaf’s words…

Featured image via vjapratama on Pexels

Considering Moving Out Of The City? Here’s What You Need To...