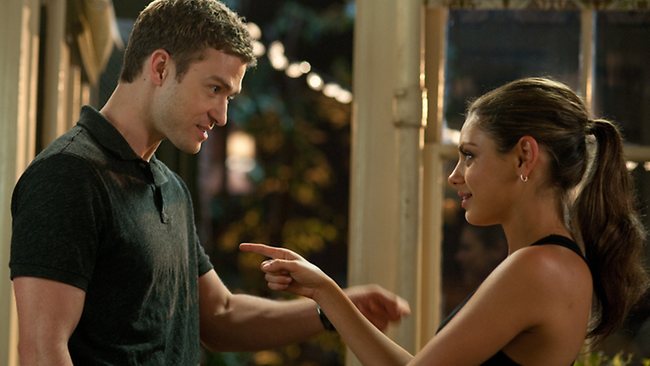 We all know that it’s harder to get a date than to get laid these days. Somehow we’ve replaced girl/boyfriends with fuck buddies. We complain about it constantly, but, like a bad habit, we just can’t kick this addiction. Why is that? Well it’s simple: it’s fun and a trillion times easier than maintaining the mini-marriage we call relationships. At our prime, shouldn’t we be carefree?

We’ve all seen the fuck-ton loads of articles urging for change, questioning ‘what the fuck is happening with this generation?’ Hey GenY, did we miss the memo on romance? I mean, what happened to old-fashioned first dates? People avoid feelings as if it were herpes. What happened to the sanctity of relationships? Nowadays people have side chicks and boy toys—yes plural. What happened to one person being enough, right?

As we browse through these articles, we nod our heads in agreement but let’s be honest: we are all guilty of “going with the flow.” Nobody wants to be a party pooper. We’ve all been the recipient and the sender of casual texts on late Friday nights.

Why? Who knows, but the only thing that comes to mind is adaptation, social survival, and well…it can be fun. By going with the flow, we’re adapting. We’re protecting our own feelings by putting up the same fronts that are basically shoved in our faces. In plain terms—if they’re cold, then be colder.  If they’re smart, then be smarter.

With all games, come rules. The goal? Power. No way, you can’t spend holidays together that would make you two ‘a thing’. Jealousy? You can’t be jealous—you have no right to be. Double-texting? Forget about it!

But the game isn’t all about promiscuity; it isn’t just transient sexual relationships or one-night stands. I’m talking about the grey areas. Those times when you finally do it with someone and realize, hey.. that wasn’t half bad. We should do it again! And again..

I’m talking about fuck buddies. It means no sugar-coating-let’s-have-awesome-sex-when-we-want-no-commitments. And by extension, no commitments mean no fights. It means you meet up on late nights when you both feel lonely and spend a few hours, doing.. well.. each other.

And it might work. For some people, casual meet-ups can go on for awhile. There’s no official Facebook status change needed. “It’s complicated” is now universally understood as fuck buddies.

But… what about long-term fuck buddies? Does that exist? Well I’m living proof it does. And you know what’s strange? Lies are at a minimum. Because they’re not needed! Everything is in the open. No commitments, no fights, no expectations. The only hiccup is when it stops feeling like a fuck buddy relationship, and starts bordering an open relationship—except without the explicit mention of a commitment.Well, fuck, what’s the difference?

All this freedom is relieving and bothersome at the same time. On the one hand, you’re free to leave whenever you feel. But on the other—so can he.

And alright, so the fuck buddy system isn’t perfect and no, it’s not for everybody. But it satisfies us in many ways that a locked-in relationship just can’t. Things aren’t complicated by labels. Instead, the focus is on our mutual desire for that one orgasmic moment where you get just enough pleasure to forget about the rest of the world and the problems that come with it.

Dating has become a game; either you play hard or you’re out. Happy dating! And may the odds ever be in your favor.