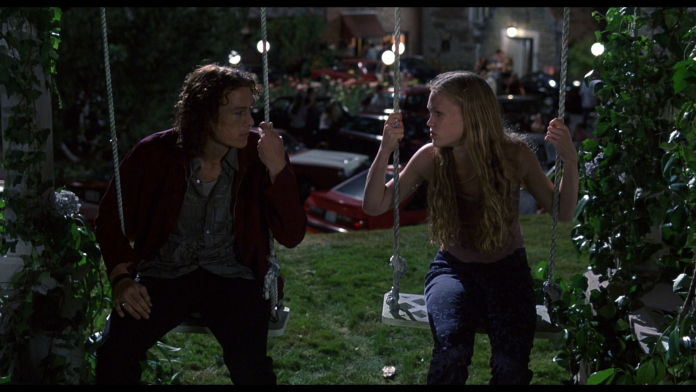 I consider myself well versed in romantic comedies, having seen most – if not all – of them once or twice before. Okay three…four…fine you caught me, around 100. Whatever.

So, without further ado, here’s a list of ones I consider must-sees, however corny or cliché they might be.

Meg Ryan and Billy Crystal shine as Sally Albright and Harry Burns in this classic penned by none other than the queen of Rom-Com’s herself, the Nora Ephron (I love you endlessly, RIP). They begin as strangers, recent graduates of the University of Chicago, who embark on a road trip together across the country to New York. The two get to know each other during their journey, discussing the content of their characters and thoughts about relationships—agreeing that it is simply impossible for men and women to be “just friends.”

Arriving in New York, the go their separate ways, never to see or hear from each other again. Sike. In wonderfully serendipitous twists of fate, they cross paths a couple times some years later. From then on, the two are best friends. But perhaps something more? After all, it is “impossible” for men and women to be just friends. You take the sharp-wit of Billy Crystal, an epic proclamation of love on New Year’s Eve, a fake orgasm in a deli (that, with it, gives the world one of the best movie quotes of all time), and a soundtrack flavored with the likings of Harry Connick Jr., and you get a brilliantly honest film of friendship and love, threaded by delightful hilarity. (This is also one of my favorite movies of all time.) 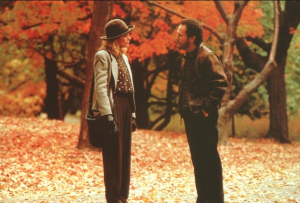 I believed it as an angsty teen and I believe it now – Kat Stratford should be the voice of Gen Y and just everyone. Ever. Julia Stiles gives a beaming performance as the film’s leading lady, a dauntless feminist with a bitingly sarcastic yet exceptionally charming tongue. Loosely based upon Shakespeare’s The Taming of the Shrew, 10 Things I Hate About You, tells the story of a starry-eyed lover boy (Joseph Gordon-Levitt) and his quest to date Bianca Stratford, high school ’“It” girl and Kat’s younger sister. (If he isn’t enough to get you to watch, I have nothing.) The only problem? The over-bearing Papa Stratford won’t allow Bianca to date until her sister does, an unlikely possibility because Kat would never date the “unwashed miscreants that go to that school.” (Well said.) In a well-devised plan, Levitt’s character and friend seeks to change this by enlisting the help of bad-boy Patrick Verona (Heath Ledger) to date Kat so that Bianca can date in return.

The film provides a surprisingly refreshing and unique twist on the clichéd romantic comedy because of its principal pair: Stiles and Ledger, whose feigning love turns genuine. 10 Things I Hate About You glows – its sarcastic splendor, perfectly executed one-liners, and Ledger-serenade (yeah that’s right), make it so dangerously enjoyable. Oh and you can’t forget Kat’s honest ode to Verona from which the film gets its name. Ask me if I have it memorized and I’ll tell you yes, guilty as charged. 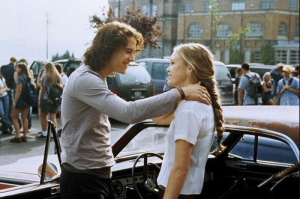 “I want to be thirty, flirty, and thriving,” whispers a young girl as she sits blind folded in her closet on her 13th birthday. And her wish comes true. 13-year-old Jenna Rink, as depicted on screen by Jennifer Garner, wakes up as her 30 year-old self 17 years later. Garner’s performance is both charming and refreshing as she portrays an innocent tweenaged soul trapped in a woman’s body. But 30 year-old Rink is a complete stranger to her younger self – she’s heartless, friendless and thinks of no one but herself. She also pushed Matty (Mark Ruffalo) away, her pudgy, awkward best friend and next-door neighbor from childhood. But a sweet and naive teeny-bopper Jenna doesn’t know this and tries to track down her long-lost friend, who in her mind, is still the Matty she once knew.

Garner has a knack for bringing the enchanting Rink to screen, possessing a youthful panache that makes the audience fall in love with her. And Matty too, all over again. (That first-love-true-love trope once again, naturally.) 13 Going On 30 reminds us all of the magic and honesty of love as Garner and Ruffalo take a midnight stroll eating Razzles like they’re kids again. (Razzles are still the worst candy in the game.) I’ve heard it said that love is friendship set on fire, and this movie will definitely make even the most pessimistic of people believe it. I’d also like to thank the writers for one of my favorite lines of all time, so aptly put by a teen-turned-adult: “Make it a piña colada…Not virgin. Wanna see my ID? Totally have it.” 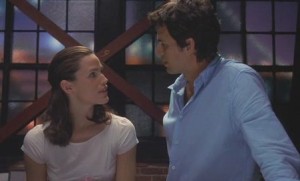 Andie Anderson, portrayed by the lovely Kate Hudson, works for a magazine as the “How to…” girl. Though bored with her tasks, she’s inspired by her friend’s “classic mistakes” that she made in her brief relationship, driving the guy away. Alas, she sets out to write a piece titled “How to Lose a Guy in 10 days.” And she meets the perfect guy to conduct her experiment: Ben Barry (Matthew McConaughey). He’s a big shot advertising executive, trying to land a huge deal with a diamond company, and he too is scheming on his own. “A woman in lust wants chocolate; a woman in love wants diamonds,” he asserts to his boss and co-workers. Ben bets that he could make any woman fall in love with him after his peers question his knowledge of love. If he can make a woman fall in love with him before the company ball 10 days later, he’s got the job.

In How to Lose a Guy in 10 Days, Hudson shines as a golden girl – and I’m not just talking about in that infamous knock-out yellow dress. (A moment of silence for all of those who have tried so ardently yet failed so miserably at wearing said dress at their senior proms far and wide.) She mocks us and our romantic visions and gooey cores in a perfectly light-hearted manner, never crossing line from playful tease to stiff ridicule (even though we might deserve that). And McConaughey charms Andie (and us all) with his warm smile and southern twang. The camaraderie between Hudson and McConaughey is infectious and inviting, and their tone-deaf performance of Carly Simon’s “You’re So Vain,” is the best part of the whole film. 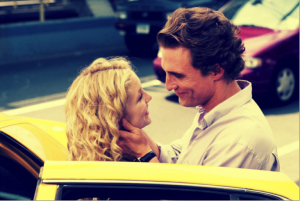 Sandra Bullock lends herself as the tyrannical book editor, Margaret Tate in this 2009 feature. She has just received word that she’s facing deportation back to Canada because of an expired visa and will do just about anything to stay. And she does. She orders her whipped assistant, Andrew Paxton, played by Ryan Reynolds, to marry her – a union that can end swiftly with a “quickie divorce,” she promises. Her logic? A marriage gives her a green card. In exchange for his cooperation in the marriage hoax, Margaret also promises him that he’ll be freed from her menial tasks of which she demands him regularly, and that she will publish his book.

But an immigration agent isn’t so convinced of their “love,” suspecting them of exactly what they are doing. They’ve got to prove to him that their love is real or Margaret will face a hefty fine and jail time. The pair head up to Sitka, Alaska to spend the weekend with Andrew’s family and the rest of the story is written, right? It’s the weekend that changes everything. Her ice-cold heart warms up to his charming hometown and endearing family, la de da. Two people who once hated each other reluctantly fall in love. We’ve all seen it before; it’s a tale as old as time. But that doesn’t stop us from watching The Proposal anyways, recycled plot or not. Bullock and Reynolds’s resistance to their growing affection for one another draws you in and their conversations riddled with sarcastic retorts and icy one-liners will have you crack a smile. They can’t help but love each other, much like we can’t help but love this movie. Oh and Betty White’s tribal dance, too. 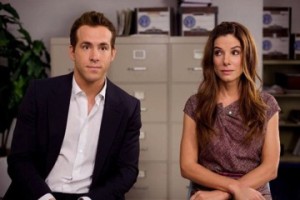 With the day-that-shall-not-be-named looming over all of our heads, this is a perfect time to watch any of these films if you haven’t see them already. (Or watch them again. And again.) Valentine’s Day is the most overrated holiday ever to exist (not salty) so if you’re boyfriend-less, date-less, what have you, invite your friends over to hang out and watch a movie instead of wallowing in your self-pity. Or wallow and watch, I don’t care. To each her own. Either way, Matthew McConaughey’s angelic face is waiting.

Why The Chances You Fear The Most Are The Ones You...