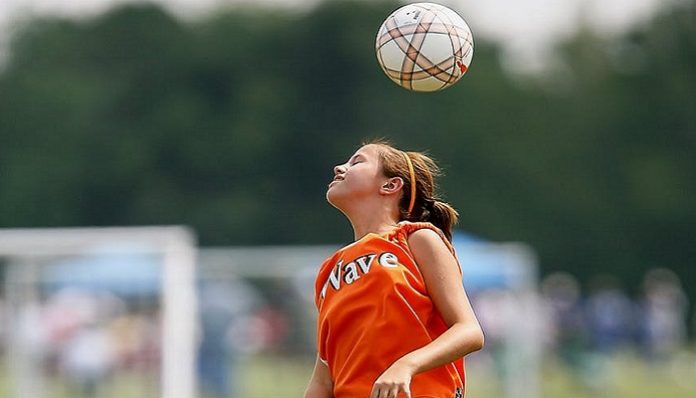 Fall is in the air, meaning all things pumpkin, scarves, and boot related are finally making their way back into our lives. YES! While I love all of these things, there’s one thing I love a little bit more than pumpkin spice. Go ahead; roll your eyes at me.

To me, fall isn’t completely in the air until I see the first football game of the season. I grew up watching football games with my dad and I have continued the tradition with my boyfriend. Growing up in our household, it wasn’t a Sunday in the fall or winter unless my dad and I were screaming at the TV while eating hoagies.

Between fantasy football leagues, pools, and actually attending games, it simply makes my heart sing. As a newbie to a few pools last year, I took pride in the fact that I was one of the front-runners all season. These events allow fans to feel like they are cheering for something more than just a simple win from their favorite team.

Yeah, I know not all girls like football. I take great pride in being one of the few. I can predict what a call will be as the flag is thrown and scream profanities at the TV just as intensely as any man. The sport goes way beyond the actual game.

Imagine this: you wake up on a Sunday after partying too hard the night before and are craving some solid hangover food. You call your favorite pizza shop and have them deliver just in time for kickoff of the first game. Something that will occupy you all day and make you not feel as guilty for sitting on the couch since you woke up. At least you’re doing something right? You can thank football for always being your fall hangover cure.

The sense of belonging that is felt during the football season is reason enough to cheer on your hometown team. Being a football fan also gives you a built in family. You’re all cheering for the same outcome, idea, and team.

Now girls who don’t like football, I give you a challenge: go to an NFL game. The energy level at the game is enough to pump anyone up. I’m not saying you have to freeze your buns off at a game (been there, done that), but try it out. You just may be surprised how being at the game can really change your point of view. Bad calls and missed touchdowns will grind your gears, but the interceptions and touchdown dances will make up for any frustrations. As football season is about to be upon us, I say this with loyalty and respect: may the odds be in your team’s favor.