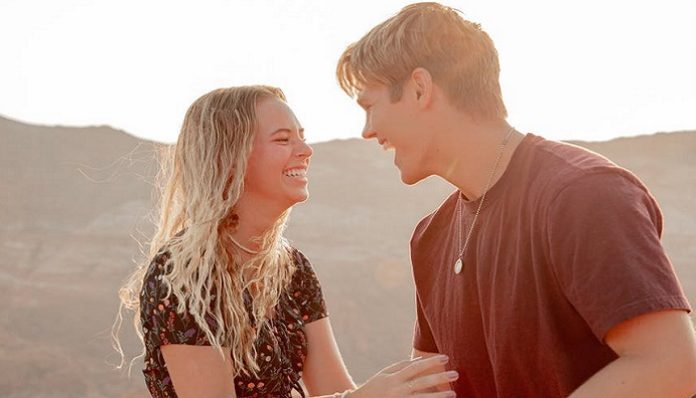 Saying “I love you” is a major relationship milestone. As intimidating as it is to say it first, there is no feeling like it when you hear those three magic words back. However, the L- word does not really have a specific place in the timeline of a relationship. Everyone is different in terms of the length of time it takes to realize when lust turns into love. Some couples can know in the first three months, while others say it after a year. Infatuation can be mistaken for love very easily, especially during the honeymoon phase. It’s tempting to say the L- word after just months of dating someone because the relationship might have been perfect up until that point. However rushing things might not be a good idea when you are just getting to know your partner. Also saying it under the influence of alcohol is definitely something that should be avoided. However, there are some markers that could help couples realize that they are on their way to developing that magical feeling.

The first fight can be very intimidating. It’s like testing the waters to see whether the relationship can hold after a bump in the road. However, fights are inevitable. It’s important to understand that every problem has to be talked out and not ignored. Being comfortable enough to raise certain issues and not shutting your partner out is a sure way to tell that the relationship is built on something more than just lust.

At the beginning of the relationship certain quirks might not be too obvious about your partner. But as the two of you develop a stronger bond there are certain habits or character traits that can be bothersome. As much as everyone wants to believe that people change, often that doesn’t happen. Realizing that your partner has flaws that might never go away and be okay with them makes the relationship stronger. Understanding that no one can be perfect but still caring for the other person is a sign that love is in the air.

Getting to know the close circle of friends or family is also a sure way to find out about your partner’s beliefs and values. The people in your significant other’s social circle can influence the way he/she acts or thinks. Most likely your other half will act naturally around the people who are close to them. This is a good way to see their real personality and find out how much of a match you really are.

Being vulnerable takes a lot of guts. A lot of us like to appear strong and independent. It’s important to also show our own flaws to our partners and to see how they react to them. Having your significant other’s support or asking for help is a way to test out whether there is something more that holds the relationship than just lust.

When anything bad or good happens in your life and your significant other is the first person you go to is a sign that you have developed a real trusting relationship. If it’s bad news you know you can count on them for being there, and if it’s good news you know that they are going to be genuinely happy for you. It’s definitely much more than an infatuation when you can trust your partner with anything.

Rushing into something is sometimes not the best idea. Saying “I love you” can be one of those instances. Being unsure whether you should say it or not can already be an indicator that you need more time to get to know the person you are with. Time is the best test of all.