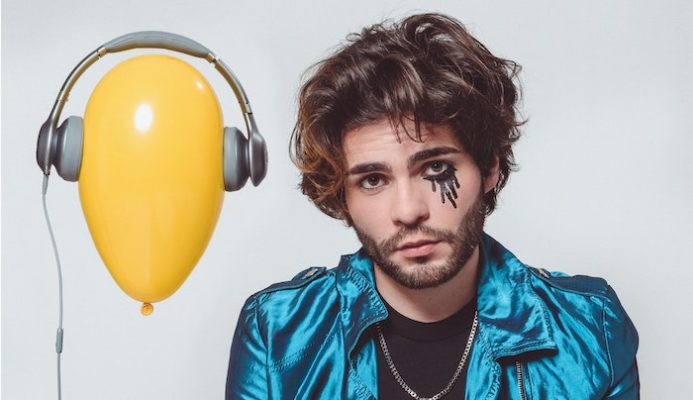 Dating in this generation is hard, mainly because no one actually wants a relationship. Actually, men who want a relationship are already in one, so women are forced to try and find a man through endless fields of guys who want to hook up. Looking to see what was out there after months of staying off any dating apps and refusing to look for love, I downloaded Tinder. As someone who writes about dating frequently I always have to notice changes in trends. Thus far, nothing was new.

I matched with a guy named Dan and immediately he made it aware he was looking for a hookup simply by asking for my Snapchat opposed to my phone number. And if a man ever wants your Instagram or Snapchat over your number, he just wants to bang. So I added him just to see what he was going to be like.

Of course, a day after matching and getting my snap he asked me for a nude. And this is where all hell broke loose. He immediately started to use every line he could. As if saying I’m beautiful will convince me in any way to send you a picture, let alone sleeping with you. 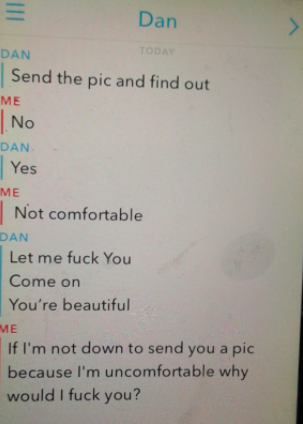 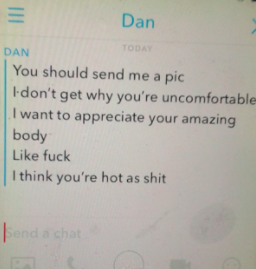 Then came the next classic tactic to try and get their way, he tries to make it sound like I was being crazy. Gaslighting doesn’t work either, but for most women it sadly does because they fall for it. He’s making every excuse to make you seem like the bad guy. 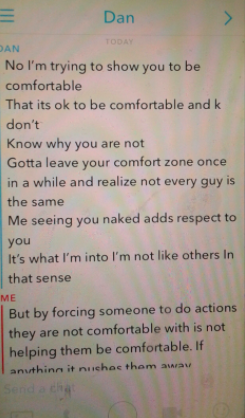 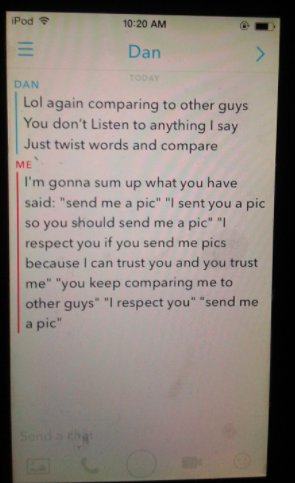 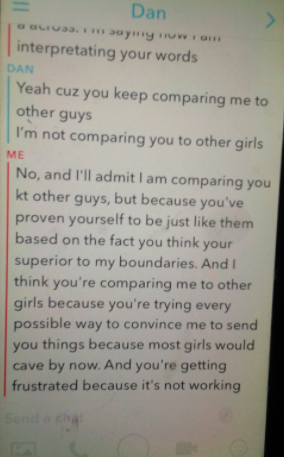 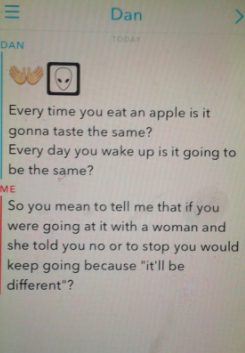 But can we take a moment to realize that he genuinely thought that it was his right to get a nude picture from me just because he claims he’s not like other guys. That became his only line of defense and it was pathetic that he felt that entitled.

I don’t ever do this and take pictures or screenshots of messages like these, but this actually infuriated me. How could someone be so entitled that his only reason for me to break my morals and values was because “he’s not like other guys.”

Why do men automatically assume that they are entitled to get what they want with a women the moment they say “hi” to them. Just because we agree to engage in conversation does not give you our consent for anything else, and guys like Dan fail to see that.

Sadly conversations like these happen a lot more than you think. Women endure these painful exchanges of words at least 8/10 times they message someone new. How dare someone find it acceptable to demand things from women because they deserve them as a reward for being “different,” or that they are worthy of someone to change their morals after two days of barely speaking? Get your heads out of your butts.

Like with most of these, throughout the conversation he grew desperate. He began trying to find every excuse imaginable to prove his innocence and that he, an enforcer, was a good guy, and that I was overreacting. I know for a fact I wasn’t overreacting. I was reinforcing my values and self worth and he couldn’t handle the fact that he was being royally shut down.

The thing that men fail to realize is that women are becoming more vocal. They are so used to getting their way and bullying or guilting their way to getting what they want from women. It’s like a toddler, the more they complain or make excuses to manipulate you, the more you cave just to shut them up.

It is not their right, and women need to vocalize that more, because the issue will not be solved until we stand up for ourselves.