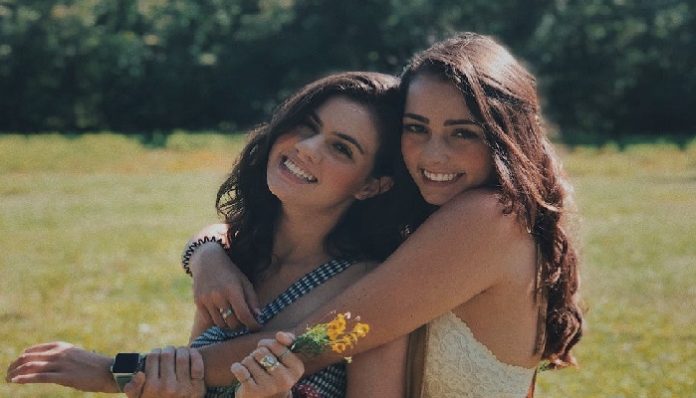 Friendships are some of the hardest relationships to start in the adult world. When we’re in our formidable years, it seems to happen overnight. All of us were learning shapes together at school, going on to play organized sports, and no political views had been set in our heads to get heated about.

“My college best friend and I met pledging for my sorority. We were buddies for the night and couldn’t split up; it was Valentine’s Day and we were both single. We got hammered then held hands as we both got with different guys but never let go.”

Unlike hooking up with guys, where you both know the motive and you likely both want to get some, starting a platonic relationship is an ongoing interview of what you each like, hoping to find a common denominator.

“I met my best friend by getting drunk and buying Taco Bell. I started crying because of my life and she was experiencing the same issues. We cried together and ate tacos.”

“Very soon after meeting a girl at school, we were having a sleepover with a group and she thought it would be funny to show us how she could queef.”

There isn’t any physical reward waiting for making it through the awkwardness but there will be a lot of laughter once you work through those beginning stages. Your first friend date story will become a better than a first date story.

“Within a few days of moving to a new city, I met a couple of people and they were all going to a concert so I went too. I got on stage and twerked for the better portion of the show. We’ve gotten along really well ever since.”

“When I moved my coworkers thought I was British because of the ‘proper’ way I talked; they all spoke in slang or more chill verbiage to put it nicely.”

“I thought she hated me. And I was right, she did. But I just didn’t stop being who I was and eventually she dealt with it.”

I’ve found that, similar to schoolyard days, by being around people for most of your waking hours, you kind of grow on each other. Once comfortable in the friendship, the real truth comes out and sometimes it’s not pretty.

“My best friend hated me for the first 3 months we worked together because I was too peppy and energetic. One day, we met at the bar where we were waiting for our coworkers to show up and it was super awkward because I knew she hated me. Somehow we started talking about high school and eventually realized we both had so much in common. The next day at work was even better because everyone was so confused on how we became best friends.”

But by the time that sad truth is admitted both parties know no harm, no foul, and go on with their friendship with more to laugh about.

“I got tickets to an early screening of Man of Steel and invited a friend. There was an extra ticket so he brought one of his friends. Years later, I met the friend of friend again and didn’t remember him. We’ve become close friends now and he had to tell me how we met the first time and I feel bad completely forgetting we all hung out together before.”

But what about all those failed friend dates? I think about those all the time. Even with sex off the table, your heart breaks when you realize you’re not friend material for everyone.

“I’m getting along with a girl at my new job pretty well and we were having girl chat the other day when another girl who used to work there stopped by. All of us started talking and then they started planning a hang out with the other people who work there right next to me. An invite was never extended my way.”

Bridging the gap from acquaintance to friend can be so terrible. You feel those same butterflies that happened back when asking Johnny to the Sadie Hawkins dance. I’ve tried to come up with many sneaky ways to ask a potential new bff to hang out.

“I work with a girl who is my size and I asked her if she wanted to come over to go through my closet (we are in the fashion/retail industry) because I was getting rid of things. She gave me her number so internally I was really excited to have a new buddy. But then she said I could just text her pictures of what I was giving away and she’d let me know what I could bring in for her.”

As hard as the friendship game is, meeting new people is a good thing. Expanding your views and experiencing new hobbies is one thing I believe in wholeheartedly. Yet, those homesick feels for the good ole days never really do go away.

“I want to meet people that are like my current friends, the friends from college or from home, that know it all. I give these new people chances and but I’m always let down. It just sucks staying home or doing things alone, so I try to keep the half friends around.”

But keep trying! I am. You can’t be the only one in need of a friend so anytime you get friend-rejected, just think of the other people that are also getting denied. One day, you and your BFF for life will cross paths, and the two of you will be in perfect friendship bliss forever.