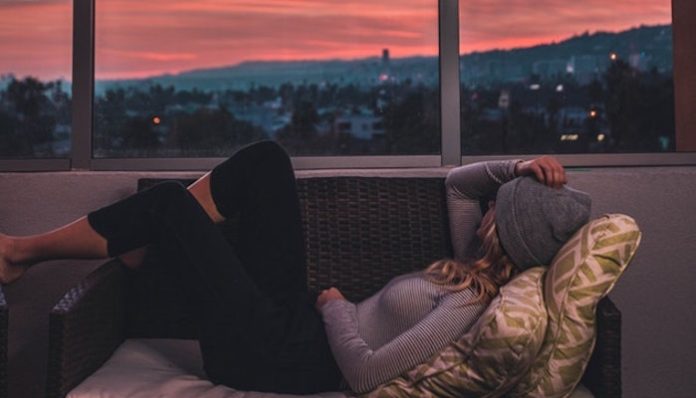 Happy National Do Nothing Day!

And while yes, this could be acknowledged by not acknowledging it, I will confess that I’m not very good at doing nothing. For some reason, I usually end up feeling guilty for not using that time productively or taking something off of my to-do list. It’s actually somewhat ridiculous, because I’m actually someone who juggles multiple part-time jobs and has a moderately successful stand-up career, so I can totally take a day to just zone out and find a moment of zen… and yet, unless I am sick it’s something I simply find hard justifying. When I am sick, though, my body is basically yelling at me to take stock and REST. “You have done too much and exhausted us! We need to refuel this ship!” I can imagine my insides saying to me… if you know, I could hear that sort of thing… but I digress.

Surprised there’s a National Do Nothing Day?

Well, these days it seems there’s a day for everything, but even this one caught me a bit off-guard and it’s actually been around for a while! Proposed by the late San Francisco Examiner columnist Harold Coffin in 1972, it went into effect months later and has been celebrated every January 16 since 1973.

So does this mean you get the day off work? Can you abandon classes for the day? Unfortunately, no. National Holiday distinctions require an act of Congress, but this “holiday” has never received that.

However, National Do Nothing Day does encourage you to do is take the day to not celebrate, observe or nor honor anything!

It’s considered an “un-event,” which immediately got me thinking of “Alice in Wonderland,” the Mad Hatter, and the Un-Birthday that was celebrated in that classic tale.

A very merry unbirthday to you, to you

Now blow the candle out my dear

And make your wish come true

A very  merry unbirthday to you!

We’re all so used to being in multiple places at once, and social media allows us to be connected to anyone anywhere. So, what about just putting our phones down and taking a breath and looking around? The planet is unbelievably busier than it was when Harold created this day in the 1970s.

Now, I will confess that I do find zen and calmness when I go to get a new tattoo. You read that right, I find getting tattoos very calming. Maybe I have a high pain threshold, but I truly think it’s because no one could bother me for the two or three hours it took to get it. I just need to be there and breathe and that’s pretty much it. The tattoo artist did the rest.

I’m not suggesting you rush out to get a tattoo to bring a bit of calm into your day of nothing, but try to be in the moment more today. Leave your phone at home on purpose. Walk around your neighborhood after work. Marvel at the sky as the sun sets! (I will also confess that I do meditate, not as often as I should, but it is a part of my life and one I do treasure.)

Basically, in honor of National Do Nothing Day, just be.

It’s entirely up to you.

How To Survive Thanksgiving Dinner With Your Family