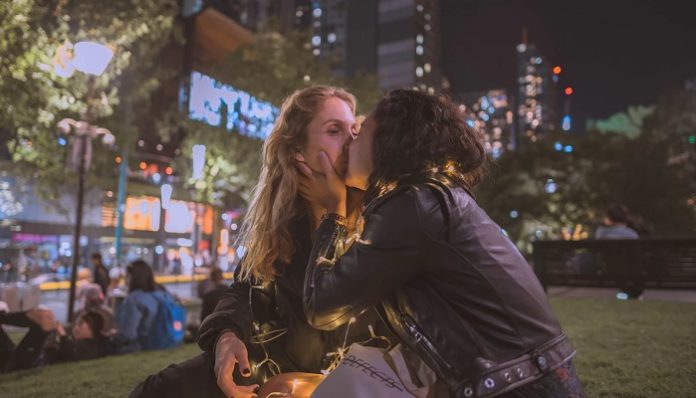 As I sit here at my desk on my lunch break wondering what to write about today, I feel like I have to get something off my chest in hopes that maybe it will help with my nerves. I write a lot about my “dating mishaps” and all of the things I do wrong in an attempt to come off like I know what’s up with the dating world, but in reality, I have absolutely no idea what the hell I am doing. With that, I’m continually seeking advice myself, because no one in the world is that perfect and doesn’t need the help of an outsider (Cue my girls).

Just the word dating makes my palms sweat and my stomach churn because I don’t know what that word means. I have “dated”, I use that term loosely, several spectacular boys (sarcasm), but to actually make plans with a gentleman, hear from them every day, have them show actual interest is not something I’m used to. Let’s put it this way, my former standards were for a boy to show little interest in me and have them play mind games with me to the point I would look and feel like a crazy person until they would get a girlfriend, and then I was off to the races with the next idiot. Now as I have actually set the bar a little higher and find myself “dating” someone who is completely above average, I’m at a loss for words/normal thoughts and find myself requiring all the help I can get from outside parties.

I literally have to have a conversation with my girls every day to make sure I’m not losing my damn mind about what is happening between us right now because honestly,  these butterflies are making me lose my damn mind. They are dumb and make me want to vomit at the idea of doing something embarrassing in front of him, even though I have multiple times already and he hasn’t been scared off.. yet. What I have learned from my friends so far is that butterflies are apparently a good thing, no matter how gross, insecure and nuts they make you feel.

The problem with dating: Like many people out there, I’m a person who likes facts. I like concrete answers. I don’t like the unknown or just hanging out without a final destination. So naturally these dumb ass butterflies try to push me in the direction to either rush and lock it down before someone cuter rolls along and steal my thunder (like a stripper or Jennifer Lawrence) or bail out like I’m going to be Jack on the Titanic and no one is going to let me on to the floating door (Side Note: We all know that selfish bitch Rose could have easily moved over and let him on there. Still bitter as you can tell). Maybe that is why I have been single for so long because dating is unnerving and unpredictable. (Yeah, we will go with that is the reason I have been single for so long.)

The good thing about dating: While the butterflies are unnerving and make you feel like this is the end of the world, this is the trial period. This is the period where you get to turn off Netflix and see what it is like in the outside world with an actual human being. This is the time where you get to put this into a test drive and if you don’t like it, take it back for a new make and model (Meaning Bumble/Tinder – Just go back to your dating app and find a new one). This is also the time where you get to test out those butterflies and see if it is just because you are around someone new or if it’s because this boy (man – whatever) could be a catch. In the end, the butterflies are a good thing that you should be embracing because they are telling you something about the person that you are with (At least, according to my friends).

Lesson to be learned: Apparently, your friends are always right and they should be the ones writing this blog instead of me. Just kidding, don’t always listen to them, but you definitely should use them to bounce your ideas off of and clear your head from its own insanity. Also, even though those butterflies are a bitch, embrace them. They may seem like a hindrance now, but in the long run, they might be a good thing. Use them to your advantage and recognize why you have them. Remember, use your head, but rely on your gut. It will never ever lead you in the wrong direction!

Previously published on Hunny, Learn From Me