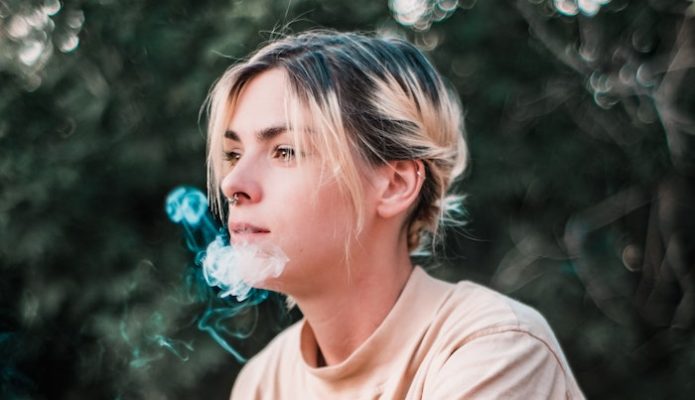 In most cases,  when you’re in love you become accustomed to the things that happens in your relationship. What used to stand out as odd or suspicious may now be natural because they happen so frequently. Unfortunately, because you’re so in love or used to what occurs in your relationship, you may be a victim of toxic behavior without realizing it.

Here are 10 behaviors that are toxic and you should watch out for.

Whether he slept with anyone or received nudes from an ex while you were together. It’s not okay if he flirts with girls, frequently talks to his ex, goes through Tinder or buys other girls’ drinks. While he’s technically not cheating by definition, he’s being a bad boyfriend and this is leading down the path to doing worse.

He shouldn’t be labeling you as being crazy, or accuse you of being clingy or overbearing if you ask him a basic question. He also shouldn’t call you overdramatic if you get upset over the “little” things. Regardless of the situation: he should never diminish how you’re feeling by calling you a name.

Your boyfriend should be the reason behind why you unconditionally smile and feel loved and accepted. He shouldn’t be the reason you cry and hide in your bathroom.. He should be wiping your tears away, not causing them (unless they’re tears of joy).

If he gets jealous over small things like if someones looking at you when you don’t notice  or you talking to a coworker at a function, then he has some serious issues. He shouldn’t have a list of demands for you to follow in order to keep him secure..  This type of is not normal, it’s toxic. If this is happening to you, stop excusing it as insecurities and realize it’s way too possessive.

Forcing you to have sex

If you aren’t in the mood, he should respect you.. You are allowed to say no. He has no right to force you into it. If he gets mad, tries to guilt you, uses that against you during arguments, or whines to you that he feels he should have sex because you’re his girlfriend, he needs to go. No man should ever feel so entitled to someone else’s body, especially if it’s for his pleasure. That is not consensual sex or love.

We all tell white lies but when it’s constant that is a  major red flag. This means that he obviously has something he’s trying to hide. It could be about how much he drank when he was out , why he came home late from work, who he spends time with outside of you, or even who he Snapchats. If he’s comfortable lying about little things like this, he’ll lie about huge things too.

Being mean when under the influence

Whether he’s drunk, high, or coming off of a bender, it doesn’t matter. It’s not okay if he lashes out at you every time he has a substance in his system.. It’s inexcusable if he treats you horribly even if he has a couple of drinks like normal.. He still said them and may continue to do so every time it happens.

Taking his frustrations out on you

It’s normal to lash out at your partner when life gets stressful, we are all guilty of it especially with the people we are closest to. But he shouldn’t constantly be using you as his personal punching bag on an almost daily basis. You are his teammate, not his competition.

Wanting you to himself

If you notice slowly over time you’ve been neglecting your friends and family because your boyfriend “doesn’t want to see them” or has other things to do, take this as a huge red flag. It is extremely toxic to be with someone who wants you all to themselves and refuses to see those closest to you with bullshit excuses.

Hating on you in public

Your boyfriend should want to brag about you to his friends and family. He should not be complaining to his friends about how much relationships suck, how he misses single life or what he hates that you do. If he’s that vocal about being “committed” he probably acts this way when you’re not  present.

As I mentioned earlier, it’s normal to overlook some of these traits or dismiss them for what they actually are. We  want to believe in the good in people and can get defensive when outsiders comment on what they notice about your relationship. But we have to face the reality to protect ourselves from further heartbreak or even potential abuse. You never know how quickly things can escalate.

Photo by Marie-Michèle Bouchard on Unsplash