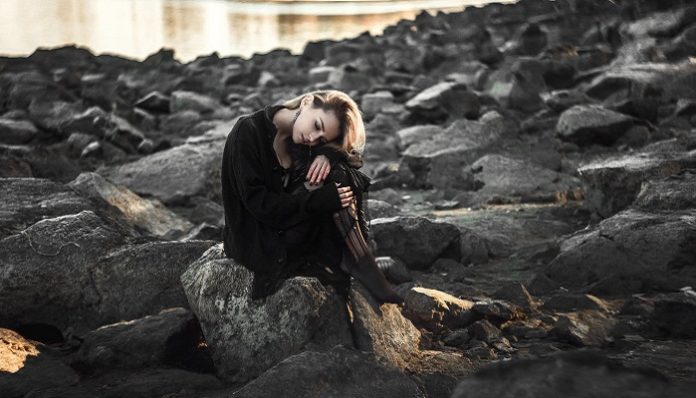 I have these tendencies. I call them quirks, but they’re more accurately scars. You can’t see them because I spend every waking minute trying to hide them. I try so hard to push them away, far off to the side, praying that I can get them out of my sight and out of my mind. But even if I don’t push them far enough away and even if they’re very much in my sight and in my mind, you still can’t see them. Not physically at least.

Because I have these tendencies. I call them quirks, but they’re more accurately scars. They’re scars left on my behavior, scars left on my metaphorical heart and my philosophical soul, scars left on the humanness I use to connect, to relate, to interact, to feel things for people and with people. Behavioural and personality scars left on the parts of my brain responsible for feeling emotions, building relationships, and having connections. Scars marking the parts of my brain responsible for love and trust and intimacy and every feeling needed for friendships, family, and romance.

And I have these tendencies, I call them quirks, but they’re more accurately scars because he projected his emotional issues onto me, using me as the dart board for his emotional complexities that he wasn’t willing to deal with himself. So he used me, and countless others before and after me, as his bulls-eye for target practice, warping his problems into words and treatments that he sent my way over and over again until I was so filled with holes that you could see right through me and I wasn’t useful to him anymore. I crippled under his use and fell to the ground. He kicked me aside and found his next victim.

So here I am. I have these tendencies, I call them quirks, but they’re more accurately scars. And you can’t see them in the flesh. But they show themselves in other ways.

You can see the scars in my constant apologies, the weekly, daily, hourly “sorries” that come out of my mouth, that follow every message, that preface every statement. You can see them in my belief that I’m always at fault, constantly to blame, for anything, for everything, whether real or imagined. You can see them in the fact that I convince myself to be making one hundred mistakes a day while everyone else makes zero.

You can see the scars in my increasing anxiousness as each minute goes by without a response, as I stare at the blank screen of my phone, waiting for a text that I increasingly believe will never come.

Because he would disappear for days on end, ignoring every text and every social media notification. Because he would ignore me as punishment for not behaving like he wanted me to. Because he would pretend like I didn’t exist for days at a time because the longer he ignored me, the more power he had over me.

So I have these tendencies. I call them quirks, but they’re more accurately scars. And I have them because of him.

Some days they feel fresh as if they’re rubbed raw and bleeding and made only yesterday. Some days they feel older, as though they’re covering themselves over and starting to heal. Some days my mind gets away from me. Some days it’s hard to tell what my anxiety has created in my head and what it’s kept untouched. Some days it’s hard for me to decipher fact from fiction. Some days I can’t tell what’s real and what he’s made me believe. Some days are better than others. Some hours are better than others. And I have to take each one as it comes. And although there are days or hours or minutes when the scars feel freshly opened, I know that as each day passes that separates me from him, I gain a little more control. I develop strategies and coping mechanisms, I come up with distractions and support systems. I work on grounding myself in reality. I look forward, not backward. I work every day to stop him from touching my present and my future. And I try every day to be a little bit stronger.

So yes, I do have these tendencies, or as I call them quirks, but they’re more accurately scars. And yes, they are awful. They have caused me an unmentionable amount of pain. And while I do not, for one fleeting second, wish these scars on anyone else and while I wish I never had to experience them in the first place, I know that in the long-run, I’m becoming stronger and more resilient, kinder and more compassionate, wiser and more independent than ever before. I still have these scars, they’re still very much there, and I think a part of them always will be, but what’s important is that I am fighting the battle, I am walking through the flames, I am challenging each and every one of them. I am refusing to let them defeat me. I am fighting for power and control over them. And as painful as they continue to be, the only way I can come to peace with their presence is knowing that I’m becoming a better, stronger person because of my determination to kick them in the ass.