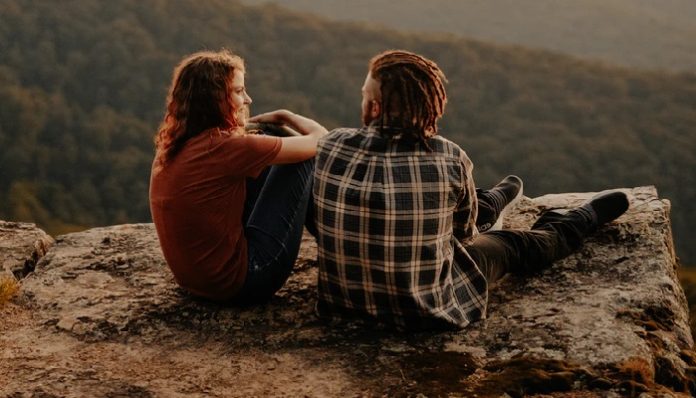 It can be so frustrating dealing with someone who’s dealt with serious issues after a damaging relationship or even a mental illness. The same conversation happening over and over again, the constant fear, or dealing with being pushed away or being pulled too closely. It’s hard to determine what the other person needs to do.

After someone has been damaged time and time again, especially in the same way they automatically assume that the next will be just like the others. It’s up to the new interest to prove to them that they aren’t. They may not express it but they need to see a great amount of effort in order to believe you’re not the same. It doesn’t necessarily mean it needs to be difficult, even something as simple as surprising them with a good morning message when you know they had a bad day the night before can help.

If they deal with abandonment issues or anxiety they assume and greatly fear that their new love will leave. It’s a battle they can’t always control and an odd sense of insecurity within a relationship can drench them like a wave crashing on the shore. They don’t intentionally want it to happen, it just naturally does. This doesn’t mean that they are insecure about themselves, just their relationships with other people. And they are genuinely sorry for being like this.

They know it’s hard and they don’t want to burden you with their “crazy” thoughts and “problems.” They fear it’ll push them away so they don’t mention it unless it’s become really debilitating to deal with. They rather push you away (in a sense) than have you leave on your own (or at least that’s what they think).

Things can get intense at the most random times and it might get overwhelming to deal with. Listening to what they have to say can hurt and become very disheartening. Please don’t take any of it personally, that’s the way they’ve been taught to think based on previous experiences or the way their mind works.

Reassurance is one of the greatest things you can give them. They will be over sensitive to certain things, they will make up scenarios in their head that could cause an argument because you don’t see what they’re talking about, and you might be blindsided with what they’re thinking because they’ve never spoken about it before. Just give constant reassurance and do your best to make yourself heard and believed.

They might doubt what you’re saying and bring up pointless things about the past that may be relevant to whatever it is they’re afraid of. They may interpret things differently from you because they’re coming from a place of fear.

Conversations may seem repetitive, and they’re not trying to make it that way. They are seeking the reassurance they desperately need but are too afraid to ask for. They feel like the more you discuss it the further it’ll push you away and cause you to give up or force you to leave. If they mention it, know it’s serious.

Most importantly, know that you are not the problem! They are well aware that they are the one with the issues and they know that it can cause a rift in their relationships. Keep being your amazing you and don’t give up when it gets tough. Those who fear loss are the most selfless lovers and will do anything and everything for you. When they love they love with their whole hearts.

All in all, just give your biggest support even when it gets extremely frustrating or feels like you’re in an endless cycle. Be empathetic, try to be understanding, be reassuring, be patient and do your best to make them feel wanted and appreciated. People that can calm others down and bring a sense of security are much stronger than any dose of medication that can be prescribed.