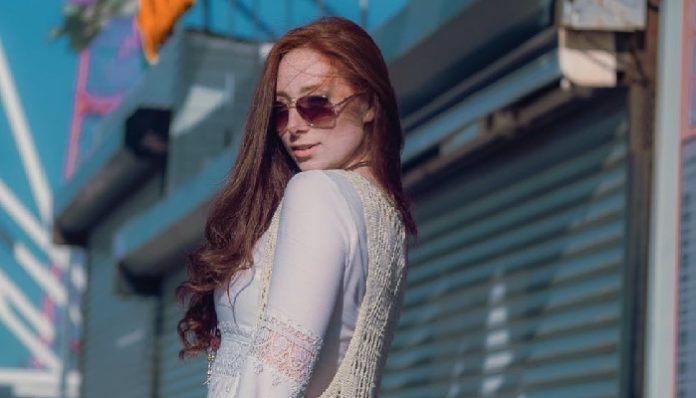 Apparently, it’s conveyed in a look that I give.

The corner of my mouth slants upwards.

My eyebrows skyrocket into my forehead (which quite frankly I don’t understand seeing as I have no eyebrows thanks to my blonde body hair).

My lips purse together.

And no words are needed.

That combination right there expresses my utter distaste and lack of interest or agreement in whatever has just been expressed to me. Clearly, I’m not agreeing with whatever is being said, and clearly I have no desire in hiding the way I feel about it. Some call it ruthless, others may say it’s a byproduct of being opinionated. But one thing is for sure: it’s an emotional response that seems to be all the rage as of late. Girls have begun to over accentuate it, yet guys seem to love it.

Now don’t get me wrong, I’ll be the first to admit I am a SASSquatch, so much so that I have been nick named “Little Miss Sass,” after the Little Miss and Mister book characters. Yet, this sass isn’t something I have developed overnight (much to my mother’s dismay). I was born sassy, snarky, persnickety, or whatever you want to call it. And quite frankly it’s been a blessing and a curse. As much as our present day culture has played up sassiness as being a bad-ass-hot-sexy feminine attribute, all that glitters isn’t gold.

What could be so harmful about openly expressing your opinion? Is it really that bad to toss out an aggressively sarcastic comment here and there?

Coming from a sass queen, there’s no harm done with either so long as it’s done correctly.

Sass is not a synonym for rude. Sass should not be a driver for acting out in an uncalled for manner. Sass doesn’t override the fact that people have feelings. Just like a person may have the tendency to be sassy, other people have the tendency to be sensitive. If you expect people to respect your right to be sassy, you have to respect that your sass may be unexpected at times.

Being sassy is also not a synonym for sorry. The number of times I have heard someone say “well that was rude” with reference to a comment made by someone, only to have them respond, “yeah she’s just sassy.” Sass doesn’t substitute an apology or excuse someone for behaving in an inappropriate manner. Being sassy doesn’t give you a hall pass to forget to filter your behavior. Sorry still trumps sass.

Sass also does not allow someone to act like a straight-up bitch. Which leads me to my next point: sass should not override sincerity either. In my opinion, true sassiness is someone who is a realist; they tell it like it is and are not afraid of the truth. With that framework in mind, a sassy person should by default be sincere. They aren’t fake. In fact, they are allergic to fakeness and the inevitable bitchiness and fatiguing drama that accompanies it. Being sassy isn’t being a person who talks behind other people’s backs or acts like they are BFFLZ with everyone and anyone. I’d like to think that many of these misconceptions with regards to sass have modern television shows and movies to thank for their birth. Blair Waldorf and Regina George weren’t sassy…they were straight up bitchy. And those characters are prime examples of the fine line that distinguishes the two.

Then there’s the population, who like myself, are somewhat inherently sassy. When I give that apparent look, I don’t mean to be a bitch. I don’t even mean to be sassy. Controlling my facial expressions has been something I’ve tried to work on (and it’s easier said than done). But at the end of the day, there will always be a bit of sass in me.

So before we all try to act like the shit, or use some sassy technique to play hard to get, think about what this article has said.

You don’t need to be an ass to have sass.

Hey, What’s Up, Hello: Here’s Why Small Talk Is Ruining Your...