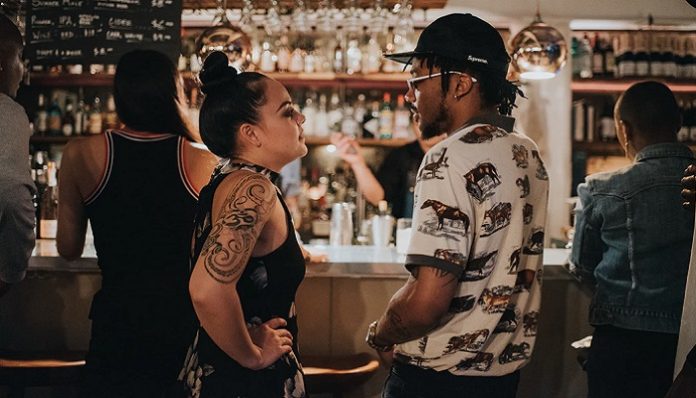 When I was younger I was so flattered by men trying to talk to me at parties; I loved all the compliments. Now at the age of 24, I normally just roll my eyes or completely ignore them. I have heard it all before and it’s more annoying than anything. You would think with age and time men would realize when to approach girls and when to leave us the f*ck alone. It’s almost as if I’m a magnet that attracts the most immature and perverted guys.

Instead of creating a list of ways for women to fend off men, I’m cutting this off at the source. Here is a list of how not to talk to women.

Using a cheesy pick up line.

I don’t think anyone genuinely tries a pick up line, hoping it’ll work, but there’s a select few that will say one just to get a laugh out of you. No, just no. Come up and talk to me like a normal person. Introduce yourself, then have a normal conversation with me and see if we even get along. We’re all adults here.

Having a “friend” talk to us.

Really? Are we still in 5th grade because I thought that’s when this little scheme ended, but it clearly hasn’t. Grown men still do this. The other night I was out with my friend, a man came up to us and said how his friend thought my friend was cute. Is this real life? You are in your late twenties and are still having your friends talk to women for you? I don’t think anyone would want to date a guy that didn’t even have the courage to come talk to you, himself.

Approaching two women and only talking to one.

If it’s just two girls out they are probably having a girls night and don’t want to be talked to. Especially if they are having an intimate conversation. You’re honestly just going to seem annoying.  The last thing they want is a guy to come break that up. Especially when there are not any other friends they can talk to. If you try to talk to one, then the other is just standing there by themselves… awkward. And when you walk away from us, we’re just going to laugh at you – spare yourself.

Talking for too long.

I’ve had guys come up to me and my friends and try to talk to us. We were clearly not interested and were very short with them, but apparently this doesn’t do the trick and guys want to talk to you more. I think some guys think we are playing hard to get, but really pay attention to the body language and our words. Take the hint, and go hit on some other chicks.

Not taking ‘no’ for an answer.

If a girl tells you she’s not interested or has a boyfriend, that’s the truth. More or less.Don’t overthink it or take it as a challenge. There is nothing worse than a guy you’ve told off to still follow you around the bar the whole night like a puppy. It’s not cute, and I don’t care if you’re just being “persistent.” The answer is still no.

I understand that immature things happen when you just started college and people are trying to figure the whole “dating” thing out. But when you entered your mid to late twenties, it’s time to grow up. Learn how to talk to women without being annoying and trying to cut corners. You’d be surprised how far you would get with a woman if you started acting like an adult and treating her with some respect.

Featured image via LexScope on Unsplash