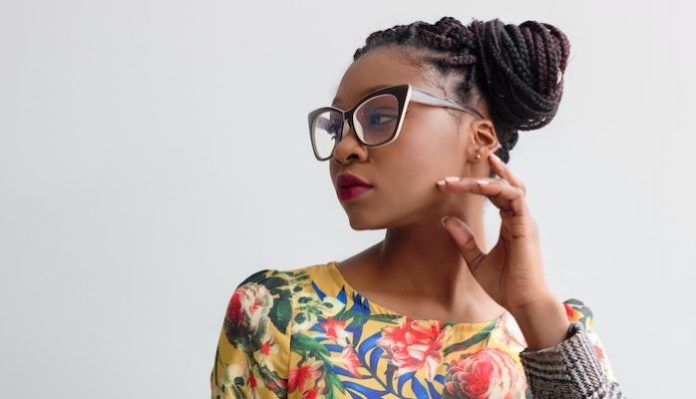 Last month, my grandmother sent me a few newspaper clippings she had been saving for me. One of those clippings was about Susan Patton, a.k.a. “The Princeton Mom.”

If you’re unfamiliar, Patton is the divorced mother of two Princeton boys who, last year, wrote a letter to the editor of the Princeton student newspaper explaining what she would tell her daughter if she had one. Earlier this year, she also published a book, Marry Smart, on the same subject.

Here’s the general gist of Princeton Mom’s point: College women should be focusing less on their careers, and more on finding a husband during their four years of undergrad.

Once I got past the initial huffing and puffing I did over the fact that my own grandmother was sort of passive aggressively suggesting to me, the youngest of her eight granddaughters, that I should probably get to husband-hunting as a 20-year-old junior in college (#ForeverAlone, thanks for reminding me), I was able to really think about what Patton was saying. It brought out the outraged feminist side of me I didn’t even know I had.

I am a 20-year-old female, currently enrolled at The University of Mississippi. As a member of the basic demographic she is targeting, I feel completely justified in saying that Ms. Patton’s advice to us is demeaning, condescending, offensive, and completely out-of-touch.

It’s an opinion. It’s advice. It’s the thoughts of one woman. I get it. Her general argument is that no woman should marry someone who is not worthy of her intellectually, and at no point in her life will she be around as many eligible men who are her intellectual equal than in college. A fair point, I’ll admit. Undoubtedly, this is one reason why so many do find their future spouse in college. But Patton’s advice goes from well-meaning to idiotic when she implies that a woman’s education and future career should take a back seat to husband-hunting.

She flip-flops back and forth between attempting to empower women, encouraging every young girl to find a man who is worthy of her, and being extremely sexist by insinuating that “the man makes the woman,” so to speak.

Again, I go to Ole Miss. An ultra-traditional school if there ever was one, but even we know better. Girls joke at my school about earning an “MRS degree” and the “ring by spring” saying is thrown about frequently. But society moved on from embracing this as an acceptable life-plan for a woman (or any human being for that matter) long ago, and we all recognize that.

Apparently Patton made the mistake of not marrying a Princeton man and regretted it when she and her husband divorced after 20-plus years of marriage. I hate to go here, honestly I do, but is it possible that she might be a little bitter? I can’t be the only one who thought that, could I? I also find it somewhat difficult to take advice from a woman who was unsuccessful at her own game.

Regardless, that must mean she understands that not all marriages last, right? What, pray tell, Ms. Patton, is a woman supposed to do when her college sweetheart divorces her and her financial support is cut off? The obvious answer would be to go to work herself. But, wait. This woman spent her college years so focused on chasing after her future ex-husband that she did not receive a meaningful education. Now what? In today’s competitive job market, a woman without a meaningful education will be hard-pressed to survive.

By no means am I implying that aspiring to be a stay-at-home mom or housewife is wrong. Many strong, powerful women are lucky enough to have that role. But the integral word there is lucky. The world is changing. A tough economy and increased accessibility to jobs and education for women means that not every woman can stay at home forever. Be realistic, Ms. Patton.

Any college girl today can tell you that the more time she spends obsessing and agonizing over her love life, the lower her grades fall. A girl who allows something as important to her personal and mental well-being as her education come in second place to a man is all but guaranteeing that she will be reliant on that man for the rest of her life. She will not necessarily be competent enough to rely on herself. Not to mention the fact that a college education has become so accessible in the U.S. that sometimes that piece of paper saying that you completed four years means very little if you do not have the actual skills, knowledge, and maturity to back it up.

The Princeton Mom also goes specifically into a girl’s “eligibility” or chances of finding a suitable man based on which year in school she is. Apparently freshmen have the best chance, as they have “four classes of men to choose from.” Seniors, on the other end of the spectrum are basically S.O.L. (to liberally paraphrase) as they only have their own grade to choose from, and most men would prefer to date a younger underclassman anyway.

So, you’re telling me that when I was 18-years-old I should have been scoping out the seniors for a husband? That was when I had the best shot? If that’s true I should probably just give up, drop out, and adopt a bunch of cats. This is a huge understatement: I WAS AN IDIOT WHEN I WAS 18. Does anyone actually know what they want out of life at that point? Because I sure didn’t. I showed up at college with zero life experience, zero concept of the real world, and less than zero percent prepared for the dating game that is college. If I actually married any of the boys I thought I loved at the age of 18, I would definitely be nowhere good.

But the thing is, it’s sometimes okay to be an idiot in college. Dating today is tough. We attend college during the time of Facebook, Twitter, Instagram, text messaging, Snapchat, etc. Do you realize how many opportunities that is to mess up a relationship? Does Susan Patton even know what FBO means? I doubt it, so she’ll never understand how much of a difference dating in the technological age is than when she played the game back in the late 1970s. Us college girls spend too much time trying to decipher cryptic emoji texts as it is, without dedicating our whole lives to it.

When I graduate college a mere 14 months from now (yikes), I will be 21 years old. According to Patton, ideally I will have already found my future husband by that point. If you are a college girl and that statement does not make you break out in hives then PLEASE leave your secret to life in the comment section below, because it is just plain selfish to keep golden wisdom like that to yourself. If you’re in college and have a boyfriend who you really, truly, without a doubt in your mind know that you could happily live the rest of your days with, congratulations superstar, because you’re one of the few.

I haven’t even mentioned the fact that college boys (in my experience at least) are basically the worst. They are already entitled, quick to cheat, and generally have a grossly self-indulgent concept of their own self worth. Ladies, can you imagine how they would be if every girl at their school was bending over backwards trying to please them and woo them into putting a ring on their finger? It would be mayhem! These men are hard enough to lock down as is, but if they were confident that there would always be a surplus of girls to disrespect and disappoint, they would become completely unbearable.

Patton’s letter had me fuming, rolling my eyes, and audibly scoffing at her ignorance of what dating is really like in college today. But in her book she continues her “advice” by slut-shaming, encouraging young women to pursue plastic surgery. Now that had me literally throwing my hands up in the air in frustration. Some of her advice is so archaic and sexist, I can’t believe she actually typed it into a word document, read it through, and thought “Yep, sounds good.”

The amount of generally absurd advice Patton gives to ladies thirty years her junior is ridiculous. I read pages and pages of her words that I could argue with all day long, but that would be exhausting and even more repetitive than reading Patton’s writing. Instead, here is my takeaway from all this:

The Princeton Mom wrote a letter to college women telling them what she would tell her own daughter if she had one. All I can say now is this: Thank goodness Susan Patton wasn’t blessed with a daughter. Your future husband should not define you. He should complement you. You should both make each other better people.

College is a time of self-discovery, of making mistakes and learning from them. Susan Patton wants us to miss out on this experience by changing or stifling who we are in the pursuit of finding a suitable husband, but we can’t listen to her. I think that we’re all destined for (and capable of) greater things in life than solely husband-hunting.

What are your thoughts on Princeton Mom? Let’s hear it.

I Don’t Want To Be In The Grey Zone With You...