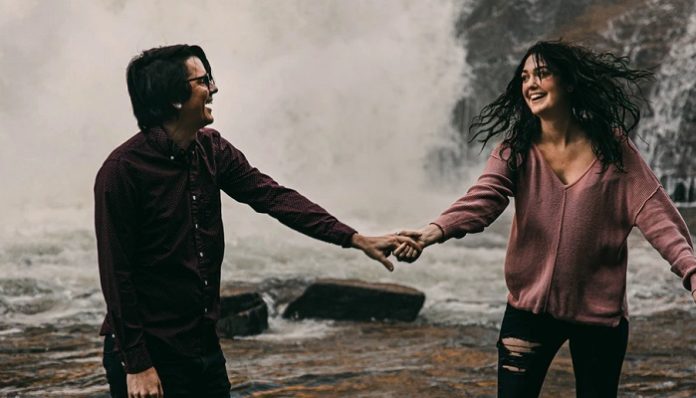 This is going to hurt.

I remember thinking that the first time you told me you wanted more than just a hookup. The first time I asked what the hell you wanted from me and you replied with the simplest idea. You said one word and I knew this was going to hurt at some point.

Going to be completely honest here, my gut reaction was what kind of dumb line is that? Dates? What does that even mean? Like movies and popcorn and holding hands because in case you didn’t notice, our generation is allergic to that kind of thing. My next thought was slightly more simple: this dude is crazy and you need to figure out how to get him out of your place in the next sixty seconds before it gets worse.

That didn’t happen of course because before I could even start putting my thoughts into actions you started planning. Ice cream. That’s what you wanted. To take me to the ice cream place a little bit off campus. I said no and you just looked so upset. You looked like I had just told you that Superman was dead. You looked like I had just punched a teeny tiny piece of your heart off and threw it in the lake.

And the worst part is that even knowing that, I still dove into you. I still went to the ice cream place with you and I still let you become part of my life. I knew the hurt was inevitable. I knew it was going to hurt. But I still did it all. And I honestly would do it all again because even though it did hurt when it ended, the pain was nothing compared to how much fun I had with you.

I knew there was going to be an incredible pain. I knew that I was going to fall way too hard. However, I wouldn’t undo any of it. But I don’t think I could ever say it wasn’t worth it.

The Length Of Your Relationship Doesn’t Define Its Quality