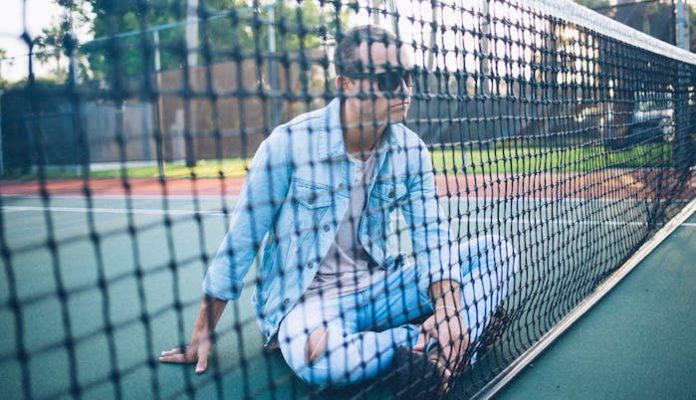 I was playing in the 2009 Evergreen School District Tennis Championships as the number-one seed (and favored) doubles team to win it all. My partner and I were in the semifinal match and after a less than challenging tournament, within arms reach of securing a spot in the final. But alas, there was a minor problem.

If you aren’t familiar with tennis, you get two chances to make a successful serve in the service box across the net. If you fail to make a serve on both tries, it is a double fault and that point goes to your opponent. On that particular day, I was struggling with my serve. After splitting sets with our opponent, we were allotted a 10-minute break to regroup and recover before playing the deciding final set.

As I trudged upstairs, immensely frustrated, I attempted to figure out why we were losing and potentially devise a winning strategy to come out on top. My parents were in attendance at the match and after plopping myself on a chair I sighed heavily, “Ugh! I cannot seem to get my serve in today. I keep telling myself not to double fault but it’s not working. I am at a loss.”

My father then revealed some wisdom that has stayed with me until this very day. He said, “Your brain doesn’t process the word ‘don’t’, so telling yourself not to double fault only causes you to make more service errors.” Huh, he’s onto something, I thought. Needless to say, with this advice in my pocket, my service game improved enough to win the final set. District champs at last.

Our brain cannot process the word ‘don’t’. Still chewing on that one. It was easily applied to a tennis match, but I reckon it’s not so straightforward in real-life situations. As in, it mended a broken serve, but can it remedy more pressing issues?

To be specific, our subconscious brain cannot process the word ‘don’t’. It’s simple: when you don’t want to think about something, you do. Try this with almost anything. Don’t think of your favorite home cooked meal. Don’t think of the sweet aromas gently caressing your nostrils, waiting to be devoured. Don’t think of your taste buds submerged in flavor, bite after delectable bite.

You’re probably drooling thinking of your mom’s famous spaghetti. Rest assured, you’re human. I thought of it, too.

Negativity infects a mind. This is old news. It’s a symptom of being your own worst enemy in trying times. Being on the court was always where it haunted me most. I’m sure any athlete can attest to this feeling. When I finally had time to sit and think about the advice my father had offered me during such a pivotal moment in my athletic career, I realized just how crucial it was to alter my approach. ‘Work smarter, not harder’ type thing.

The point is this: we know that telling ourselves not to do something firmly instills the idea in our brains instead, likely encouraging us to do it anyway. Don’t eat the candy in the cupboard. Don’t look at your phone and drive. Don’t stare at the stranger across the way. You are more inclined to do all of those things simply by telling yourself not to. Instead of getting caught up in the frustration of repeating the same mistake, formulate another game plan.

We entertain all possibilities because we are curious beings by nature. Limiting ourselves equates to a premature death sentence. We have to rewire our brains to approach these moments differently; to restructure and nurture the mental pathways that will sustain our wellbeing and put us back on the road to success.

Through the trials and tribulations of my athletic life and beyond, I have fallen victim to being stuck in my own head too many times to count and as a result, have fallen into the same mistake time and time again. It is my biggest shortcoming. But here’s the silver lining: I’ve learned a great deal since being on the court that day.

Analyzing any situation often seems to present an obvious path in retrospect. That’s okay. Grow comfortable with this feeling. Embrace your stream of consciousness, particularly when unhealthy modes of thinking dare to permeate your brain. You are far more in control than you believe. Create a new response to your current state and commit to executing it. Most importantly, learn something from my 17-year-old self: putting an unreasonable amount of pressure on yourself will make you blind to all solutions. Breathe and let the pieces fall as they may.

You will be better because of it.

The Truth About The People Who Are No Longer In Your...