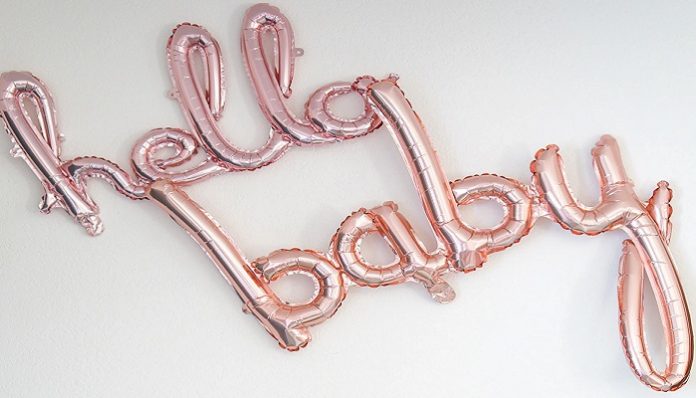 We are only 9 weeks into the new year and Nameberry already revealed their list of the top 5 gender neutral names of 2017. The baby naming company analyzed which names on its site saw the greatest increase in traffic this January compared to last January. This year’s trend appears to be gender neutral and unusual names you probably haven’t heard much of.

Unsure how to pronounce it? The name rhymes with Karen. Although it seems to be on equal ground in North America for genders it’s considered to be a girl’s name in Wales and a boy’s name in Turkey. In Welsh, it means “Star”. So technically you’ll be egotistically raising a star.

The only Sutton I seem to know of is Sutton Foster, the star of TV Land’s Younger and popular broadway star. Which could very well explain the sudden rise of popularity of the name. That or the upscale Sutton Place in New York city. In English, the name means “from the south farm”, so I guess it can be considered rustic?

When I hear the name Alden I think of Sharon’s crush on Braceface, so it’s a boy. Obviously, that’s not the case in this study, especially because it’s increased by 75%! It means “old friend” in Old English and is definitely not going anywhere anytime soon.

Can’t say I’ve heard this name very often except for in the third Austin Powers movie when he introduces musician, Quincy Jones. It means “estate of the fifth son” according to Namesberry, so assumably you’d think it was a boys name, but imagine the cute little baby girls with the same name!?

The big debate about the name Remi is which country it originates from; France or Germany. Either way it’s gaining popularity, especially after celebrities such as Kelly Clarkson named her newest bundle of joy with the same name.

Isn’t this supposed to be a season? Not anymore! According to Namesberry, it’s the only seasonal name that’s commonly given to boys (as well as girls obviously).

This is by far my favorite name on the list! It means “beautiful friend” in Old French. And although it’s often seen as the last name (which last names becoming first names is another trend in the baby world), it’s increasingly seeing popularity as a first and even a middle name.

I know what you’re thinking, doesn’t that sounds a lot like a girl name? Probably because mentally you associate it with the name Ella (which has been in the top 5 girls name list for as long as we can remember). It means “benevolent”, which translates to kindly and well-meaning.

Many of the names beyond the top 8 are inspired by celebrity names such as Bowie (after David), their kids, like Ryan Reynolds and Blake Lively’s little girl Ines, and Disney characters such as Moana. Popular “letter” names for girls begin with R, C, and K for boys, and S for gender-neutral seems to be the biggest trend.

So whether you’re expecting a baby, know someone who is, are obsessed with learning new names or planning for your future, this list definitely has some unique choices that cover both genders perfectly. Now may the debate of if everyone else likes these names too or not begin!

5 New Year’s Resolutions That Will Actually Make A Difference In...