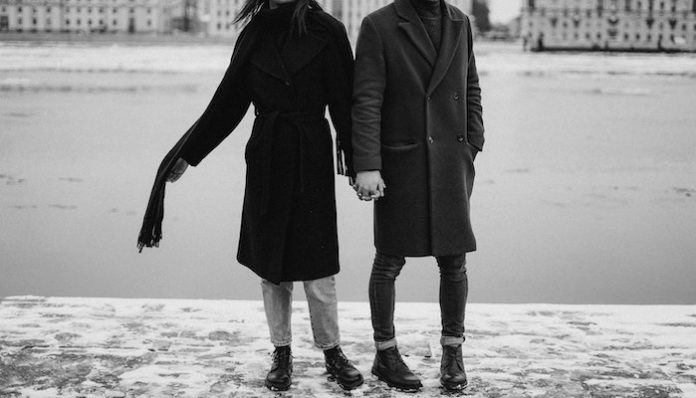 I’ve always been amazed with what I can convince myself to do. Heck, I’ve done tequila shots off a dirty floor just because I somehow told myself it was a damn good idea. But I guess the difference between tequila shots and a relationship is that while a shot will give me a wicked hangover for a day, a relationship that isn’t right can’t be solved with some aspirin and coffee. I think that convincing yourself to stay with someone, is enough of a reason to leave. Realistically, there’s actually a quite a few reasons that shouldn’t justify you staying in a relationship.

1. You’ve planned a life together.

It’s exciting to do things with your partner, and it’s hard to stop yourself from making plans with them months or even years in the future if the relationship feels strong enough in the moment. I’ve even bought $200 tickets for a sports game months in advance when only dating a guy for a few months; I know, I’m crazy. But those tickets can’t be a justification to stay in a relationship that isn’t working.

2. You’ve been together for a long period of time.

I’ve seen this a lot with couples who start dating in high school and then continue to date at university. I’ve even used this excuse for a while when dating my ex, as a reason to stay. When you build a history with someone it’s so hard to walk away from months and maybe even years of devotion and work. But here’s the thing, just because you’ve built a house, it doesn’t mean you need to live in it. There will always be another family that will come along and love that house more than you could.

Renting an apartment with your significant other is pretty common with the rise of cohabitation and the delay of marriage in our generation, so it doesn’t surprise me that a lot of young people are moving in together and then almost feeling stuck with this person because they’re sharing their home. I know it’s more complicated to break up with someone you’re living with, but I also know that simply living together isn’t a good enough reason to stay together.

Friends, family, your adopted dog, they all act as social pressures to sometimes keep a couple together. But what I think you need to realize is that you’re not dating their family, friends or the dog. You’re dating that person in front of you that you may not be happy with anymore, and that’s okay. Your common friends won’t have to choose sides if you don’t make them, and you’ll probably never see their family again. And if you are in a situation where you’ll still see this family around, it’s not their business who you’re dating. You need to do what makes you happy, and those who care about you will respect that.

This is probably the most serious and one of the most real reasons why some people feel that they should stay in their relationship. Being scared of what will happen if you leave can be a very binding reason to stay with someone, and can actually become one of the most important reasons to leave. Whether you’re worried about what will happen to you if you leave, or what might happen to them if you do, I encourage you to seek the necessary aids to ensure the safety for everyone involved.

6. You’re scared of being alone.

This has been my most used justification to stay in any and all of my relationships that turned sour. As human beings, we are social creatures that enjoy the comfort of others, especially those who snuggle and say they love us. It’s hard to walk away from a relationship knowing that you’ll be sleeping alone in bed for the following months. It’s even scarier to think that you may feel lonely without them. But just like I was told many times, being alone can give you the opportunity to grow as an individual, and the relationship you have with yourself is just as rewarding. It’s better to be alone than to be in a relationship that you’re not happy in.

7. You think you could learn to love them again.

Nope, just nope. While I believe in marital therapy and that there is always room for improvement in relationships, I also believe that when you fall out of love with someone, it is the universe sending you a sign. Even if you don’t know what the reason is, something inside of you is telling you that this is wrong, and that it’s time to move on.

8. They’re your first and only serious relationship.

Doesn’t matter if you’re 18 or 48, if you’re staying with someone just because they’re the only thing you’ve ever had, that doesn’t mean that there isn’t something better for you out there somewhere. In this case, relationships are a lot like wine. If you’ve only ever had Merlot, and you like Merlot, that’s cool. But if you get tired of Merlot and start hearing about the benefits of Shiraz, well what’s stopping you from trying Shiraz? Or maybe just not drinking at all? I’ve heard great things about women who go on “sobriety cleanses”.

All of this to say, trust your damn gut.

If your gut is screaming at you every morning when you wake up to leave, or that something isn’t right, I encourage you to talk it out with your partner, and if this doesn’t put you at ease, take a step back. Take one step back and then one step out. It can be intimidating and hard leaving a relationship, but as I mentioned before, it’s the hard things in life that allow us to grow.