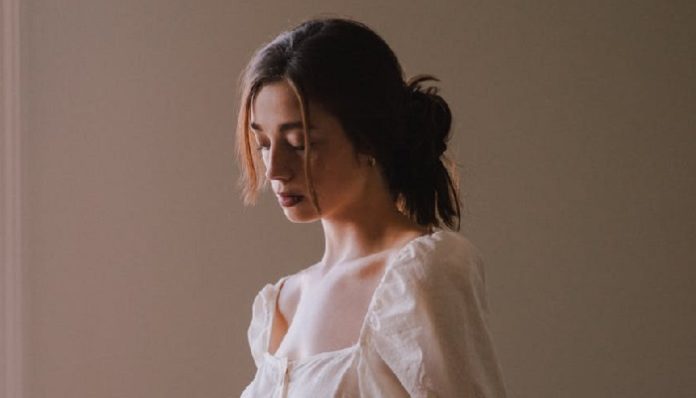 As a child, I was afraid of my mother. I would watch how other mothers treated their children and wondered what was wrong with mine. Didn’t she love me? Now that I’m 24 I realize she was just being tough on me. She isn’t a monster by any means, but she doesn’t understand the magnitude of her actions. Don’t get me wrong, I have a lot of incredible memories from my childhood, and watching home movies over the last year showed me how caring and gentle my mother could be with us when we were young, but there are other memories of her carelessness and abuse that left a pretty big scar.

When I was a child and I began to cry, I would be met with a piercing glare, a raised hand and the infamous threat, “I’ll give you a reason to cry”. I would fall silent within an instant. She would gloat to other mothers about how well-behaved her children were; unaware we obeyed out of fear rather than respect. If I was bad, I would get the belt; one lashing for each year since I was born. I remember once I ran away from the belt, locked myself in the bathroom until finally, she gave up. She likes to tell that story to get a few laughs from the crowd. Not to say I wasn’t a troublemaker, in fact I was always quite the little sh*t. I wasn’t exactly a poster child, but surely there were better ways to punish than violence.

Once I hit adolescence, I became an athlete, and she was by any definition; a crazy soccer mom. No one ever wanted to drive with us to away games or tournaments because my mom loved to talk about herself and would never let you get a word in. She liked to rank the girls in prettiness and was really hard on the third string players. No one left her unscorned. We were just kids. She was toughest on me, and I did everything in my power to play hard; to win; to make her proud; and to be good enough. The walk to the car after a bad game was like walking to a dragon’s den; I was terrified. When she would yell; I wouldn’t speak; I just let her get it all out. When I had good games though, I couldn’t wait to get to that car and get that validation from her; it was the best feeling in the world to feel appreciated. Once I quit playing, we didn’t have much to talk about anymore.

Once I became a teenager, my mother got harder on me. I couldn’t take it. She refused to go out in public with me unless I changed into something nice. She always critiqued my appearance and I never felt pretty around her unless I was all done up. When I was sexually assaulted, she told me I was making it up for attention. She told me to cut deeper when I began to self harm, and when I turned to drugs she called me a loser and a whore and cut me out of her life. When I cried or lashed out, she told me not to feel sorry for myself; not to have self pity; and I didn’t. I grew thick skin, and I never ever felt sorry for myself; because empathy didn’t come easy in my house; in fact it never really came at all. Eventually I became too much of her and she kicked me out. To be honest, I was happy to leave.

Once I became an adult, I began to piece my own life together. I graduated from University, got into graduate school and got my first real job in my field. I began volunteering and even got my own cat. I paid my own rent, lived with my partner of many years, and saved up enough to buy a car. I consider myself to be very successful so far, and I’m proud of myself. She still likes to take credit for getting myself cleaned up and becoming the woman I am today. She says it took her to ‘leave’ my life for me to realize my own potential. It’s infuriating. I didn’t make it because of her; I made it in spite of her. Over time things got better with my mother, but people don’t change.

In fact just yesterday I mentioned how she always goes out with my sister but never spends quality time with her other children. Huge mistake. She looked at me like I was crazy and snapped at me going on about how I was a grown ass woman and that I shouldn’t need my ‘mommy’ to spend time with. She said, “At your age I had 2 kids, grow up, I mean really? You need your mommy to call you to hangout? It’s pathetic”. I suppose I offended her; and her best defense is always a strong offense. Her words cut deep and she is always relentlessness in the lengths she will go to hurt people. My eyes began to swell, my throat began to close up and I struggled to get the words out to say “I just want to spend time with you.” I got up, adjusted my dress, and left to go back to my home. I cried the whole way.

She’s not all bad of course, but I still don’t tell my mom most things. I have learned to only show the sides of myself she likes when I’m around her. I don’t talk about my problems and I definitely don’t share my secrets. Maybe one day i’ll stand up to her but over the years it’s proven to be a futile; she doesn’t listen.

So I let it go. I accept I won’t ever get validation from her; as if it would somehow make her less special to make someone else feel special; even if only for a moment. I find validation within myself. Most days I’m okay with that, some days I’m not, and my strong exterior falls away to the little girl inside crying for her mother.

I’m still learning how to try to get close to her without getting burned. I’m still learning how to hide my emotions so she can’t see when I’m upset. I’m still trying to be the perfect daughter; knowing I’ll never be in her eyes. I would still do anything for her, because despite her breaking my heart a thousand times; she’s my mother and I love her more than words can describe.