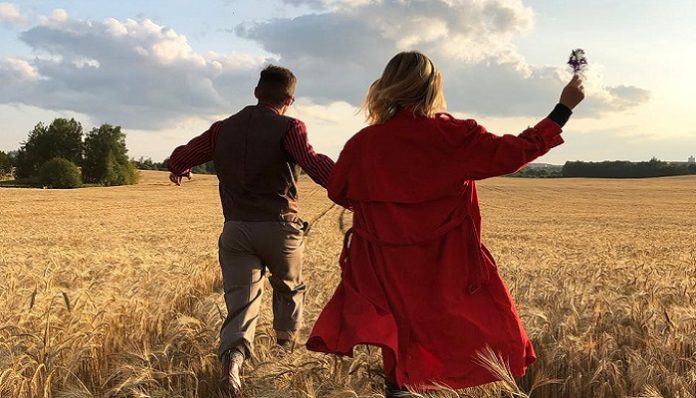 We’ve evolved to a point where almost everyone has had Tinder, or some other dating app downloaded at some time. Although I downloaded it for kicks and giggles — and a self-confidence boost, let’s be real — I know a handful of people who’ve actually had success stories with dating apps.

The issue with Tinder and dating apps is this; you’re obviously trying to put your best foot forward, and you only realize how creepy that person is after you’ve met them in person. We, as a generation, have been wildly misled for the best platforms to meet people. Specifically, Twitter and Instagram. I can’t even count the amount of people I’m following who I’ve never met or don’t know. But on these platforms people tend to seem a lot more real. On my Instagram, I share more about my life than I do on Facebook, or that I ever did on Tinder. And on Twitter? If you want a peek into how I really feel, look at my Twitter profile.

Why aren’t more people taking advantage of meeting their S.O.s on Twitter? You get to see what makes them tick, the things that make them mad, and how whiny they are, just by scrolling through their feed. I realize this all seems like a bit of a reach, so I gathered up a handful of successful (and not-so-success) stories from people who have actually dated people they met via social media.

“So this guy I didn’t even know followed me on Instagram. He was super attractive so obviously I followed him back. He DM’d me one day and we just started talking. I gave him my phone number and we started making plans to meet and stuff. Well it got to the point where he kept blowing me off and making excuses not to hang out with me. I found out it was because I wouldn’t have sex with him so that ended pretty quickly.” – Georgi, 18

“Once upon a time this super cute baseball boy followed me on Twitter and I of course stalked him and followed him back but didn’t think much more of it. A couple of days later it was late at night and I tweeted ‘fav for a DM’ and he favorited it. So I just said ‘You’re so hot’. We ended up talking the rest of that night and went on our first date a week later. We kissed for the first time two days after our first date and then it was just a fun summer fling after that.” – Brooklyn, 17

“I followed him because he is a photographer and I liked his photos. Then he followed me back and commented on one of my photos with his phone number. I texted him and we texted for like a month before we actually met. We met at a coffee shop and then we started dating. We’ve been dating for over a year now.” – Taylor, 17

“I was living out of the country, and a mutual friend mentioned we’d be a good match. He would comment on a lot of my Instagram photos and reply to a handful of my tweets. When I made it back to the US, we exchanged numbers over Snapchat, and started going out a few weeks later. And now we’re married!” – Aurora, 20

Clearly, there are mixed reviews, but one thing is the same. People are more honest over typical social media platforms than ones specific to dating. The idea of dating makes us feel self conscious, and every time I’ve found myself on Tinder over the years, and I always end up deleting it because of unrealistic expectations and disappointments. With every friend I’ve met over social media, of the ones I’ve kept, have been because of how authentic I found them. Let’s be 100% honest ladies, we use social media to vent a little (hello subtweets). Which is totally fine! AND it gives everyone a chance to see who we really are. Don’t squander the time you spend on the internet! We spend all day on social media, so why not take advantage of it, and hook yourself onto a genuine cutie! Twitter over Tinder, any day.

Dating Is Harder When You Have A Chronic Disability: How To...