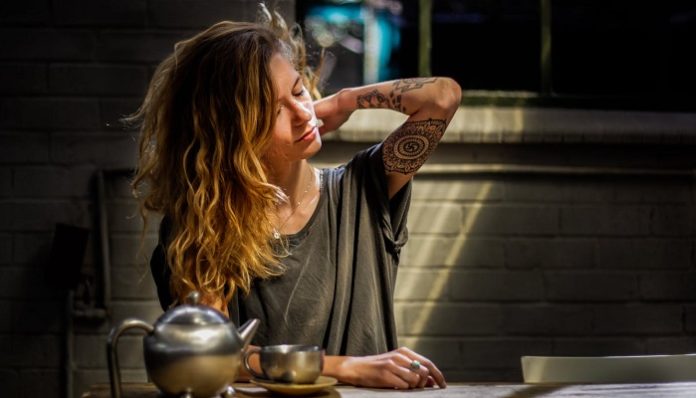 So many people miss out on their dreams because they were too afraid to take a step in the right direction from where they were. Others can easily get up and leave whenever they sense that they’re starting to settle. A quote I stumbled upon one day by Allen H. Neuharth really hit the nail on the head about taking risks:

“I quit being afraid when my first venture failed and the sky didn’t fall down.”

Contrary to popular belief displayed in the movie, Chicken Little, where the main character’s “boy-crying-wolf” behavior actually did result in the sky (sort of) falling, everything will be a-okay when something bad happens; even if you cause it. Everyone makes mistakes from time to time and everyone strays from the right path many times throughout life: it happens. All we can ever really say is, “let it come, you’ll learn from it.”

When I (Danni) was in college, one of my professors told the entire class this: “In the end, it’s all going to be okay. If it’s not okay, it’s not the end.” Failure is not the end of the world. Not for you. Not for anyone else. If you fail, it is just one more stepping stone, one more curve in the road that you had to take to get to where you are now. Even if you feel like you could have made a better decision or done something differently, all you can do now is accept it and move on.

Failure does one of two things: It will either keep you stuck or get you moving. It is easy to say, “Oh, well, things didn’t work the way I thought they should,” or “I totally flopped at that interview,” or “I didn’t pass algebra,” and completely give up based upon facts that cannot be changed at this point. Or you can pick yourself up and realize it isn’t the end of the world.

I get it. Failure hurts. In fact, it really sucks. It’s an experience we work endlessly to avoid. Many times, it leaves a stark mark on our minds and has lasting effects upon what we tell ourselves about ourselves and our ability that can be detrimental to us in later years.

But failure is necessary. When we fail, we tend to look for clues, search for answers, stop, think, and explore other possibilities. Failure sometimes acts like a light bulb in our head and paves a path for us to move forward in some way. Sometimes all you really need is that moment after you’ve realized you failed at sometime to really evaluate where you need to turn.

It’s not easy being forced into embarrassment after falling flat on your face. But believe us, the sky doesn’t fall and the world doesn’t end. If you just push through, there are rewards at the end.

Remember, just because you failed, doesn’t make you a failure. Our mind plays tricks on us. “You didn’t get the job; you must really suck.” “That date went really bad; what’s wrong with you?” And so on and so forth, the thoughts will run through your head like an automated messenger.

You don’t suck because you didn’t get the job. There is something much better for you. Just keep looking. Nothing is wrong with you because you had a difficult date. It could mean he or she is not for you and someone out there is much better. You just have to wait for the right time and the right person.

Just because you failed today or yesterday or a month ago does not mean you will fail tomorrow or the next day or next month. Failure does not last unless you allow it to. Be sensible. Learn from the situation. And move on.

Finally, anything worth doing in life is going to fail before you get it right. This ideas is summed up in this quote from Michael Jordan:

“I’ve missed more than 9000 shots in my career. I’ve lost almost 300 games. 26 times, I’ve been trusted to take the game-winning shot and missed. I’ve failed over and over and over again in my life. And that is why I succeed.”
The sky isn’t falling. You are not a failure. And in the end, everything is going to be okay.

How My Parents’ Divorce Made Me Better At Love