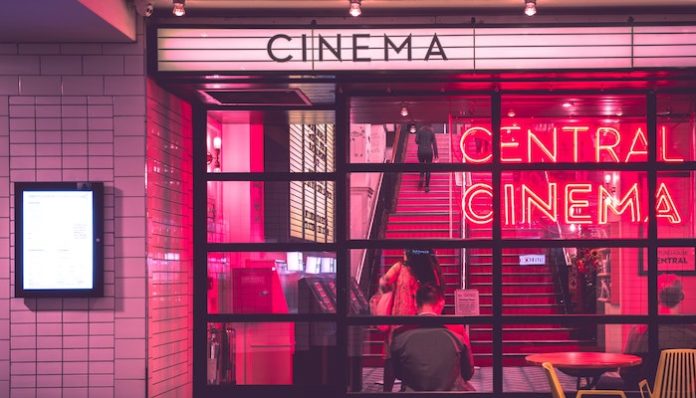 There are very few places that truly feel like home to me, outside of the traditional sense of home. The one place that is a constant, and an escape from what is going on at home is the movie theater.

Even though the movie theater business continues to evolve and the way movies are consumed and distributed grows, there is nothing quite like sitting in a movie theater chair ready to embark on your next great adventure. The movie theater is the last bastion of true creative freedom, no matter how many times ideas and concepts are rebooted, re-imagined and re-released. I enjoy the fact that movie theaters are doing their best to bring people back into theaters with discount days and incentives. It means they still want our business and for that I’m grateful.

My cinematic journey, according to my parents, starts with the first movie they ever took me to see in an actual movie theater: The Lion King back in June of 1994. At three years old, my life would forever be changed. To this day, I watch The Lion King with such awe and usually a box of Kleenex as well. That movie will forever be tied to my first time in a movie theater, a place I would find comfort and solace in over the next 24 years.

As a kid, going to the movies was fun. Your parents would let you have sugar (which you most definitely finished before the coming attractions ended) and the thrill of being in the dark and out of sight of our parents was exciting. The movie theater was a place that opened our eyes to brand new ideas, new concepts, and new ways of thinking. Kids are extremely impressionable.

Take for instance when my dad took me to go see the original Power Rangers movie in theaters. He knew it was a garbage film, but he also knew that it was probably the highlight of my year. My friends and I were OBSESSED with the Power Rangers growing up and seeing them on the big screen was mind-blowing.

Personally, the movie theater is a special place that I share with my dad. It is a common bond that we share for our love of movies and for the fictional expanses we’ve sat through. He’s taken me to see some of the best (and worst) films that have been released in the past 30 years. The movie theater symbolizes more than just a place to go to see a new film, it’s another home.

Continuously, there is some exhilarating about going to the movies. Before theaters changed to reserved seating (both an annoyance and great convenience) getting a good seat was a task and a half and served as a mission. Of course it also served as a lesson on cleanliness and choosing seats that didn’t look completely unhygienic. Each new seat was like a capsule taking me on my next adventure.

I will never forget the first time I witnessed the glory that is the now classic cinematic feature film Mean Girls. One of the girls in my class in seventh grade had a birthday party at a movie theater and her parents had rented out the theater for all of us to watch the movie. Now that was truly FETCH.

As I continued to grow up, I also took comfort in attending movies by myself. While many people find that to be bizarre, listen to my logic behind it. First and foremost, if you go to a movie by yourself, especially on a whim, you’re only responsible for finding a seat for yourself.

You can find that perfect set right in the middle of the theater dead center. You’re not sitting off to the side or so far in the back if you needed to find seats for more than one person. Furthermore, going to a movie alone is so peaceful.

You’re there to enjoy the movie. When you go to the movies with someone, whether it be a date or friends, it’s as if you feel obligated to make small talk with them periodically as a way to check in. Who needs that? A solo cinematic experience is also cathartic in many ways, especially if you’re seeing a sad movie, or going through a rough patch.

You’re able to be on an emotional journey and not have to explain it to anyone. This may also be because I’m an only child and have grown accustomed to doing things on my own, but I think attending movies solo is a great idea.

I’ve also experienced many sentimental memories at the movie theater. I remember going to see Toy Story 3 with my mom when it came out. At this point I was already an adult and in college, but it served as a conclusion to the original films, so much so that I also was a bit like Andy. The ending to Toy Story 3 is so bittersweet and it echoed not only how I felt about growing up and moving on from my childhood, but a way to express to my mom that I’m not her little boy anymore.

One of my favorite memories in recent years is when my friends and I spent a total of 17 hours in the movies. It was the day of the first Avengers movie, and our local theater was running a marathon of EVERY Marvel movie that had been released, in order, leading up to the premiere of the now iconic Avengers film.

Of course we were ill prepared to sit in the theater for 17 hours (people around us came in pajamas, slippers, brought blankets and pillows), but it was that shared experience we had that made the movie even more enjoyable.

Whether you embark on a cinematic journey solo or with a group of friends, it’s important to continue to go to the movies. I’m not saying you need to be robbed at the concession stand ($3.50 for a small Coke is OUTRAGEOUS) but supporting movie theaters and in turn the directors, the actors and all those who work on the film is important. Our movie theaters are an outlet for so many people to not only bring their stories to life, but to share them and engage in dialogue with one another.