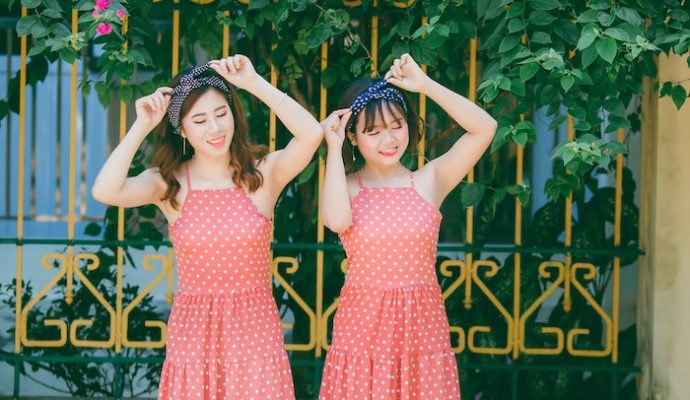 Whether we like to admit it or not, we’re all obsessed with the concept of ‘The One’.

The One that will make you smile when life gives you all the reasons to be sad.

The One who will listen to you rambling after having a bad day.

The One that will cook for you when you’re sick.

The One that you admire.

The One that you simply love.

But, what if you already found the person you can always depend on?

What if that person has been there all along, but just in a different form?

And she’s been living under the same roof as you have?

During all of the hardships, and lessons I’ve learned throughout my life so far, my sister has been one of the few people I can constantly count on.

Let me convince you why your sister is, and will forever remain your soul mate:

1. She gives you the right advice

As a maturing young woman, I have made some pretty dumb decisions in my life. Luckily, there’s never been a time where I couldn’t turn to my sister for advice.

I know I can always count on her to show me the way when I get lost (both literally and metaphorically) or simply helped me learn from my mistakes.

2. She makes you interesting

My sister and I speak in a language no one really understands.

Seriously – it’s a mix that includes a few words in Russian, Dutch, English, and even Chinese. We have our own nicknames for people whose names we’d rather not pronounce, which makes it far easier to talk about a person who may only be sitting two feet from us. Pretty cool, isn’t it?

A sister knows that sometimes, the best thing she could do is bring out the hidden supply of Ben & Jerry’s, hit the couch and watch your favorite Netflix show. You may be sitting in silence, but you both know what the other person is thinking.

4. She doesn’t let you leave the house looking like a total wreck

Since the two of you share DNA, she more than likely understands your style better than you do. So she’ll always be there for quality fashion advice. While friends may look at you and say “Yeah, you can pull that off,” your sister will be the one giving you the look only the two of you will understand – after telling you to go change into a different outfit of course.

And if she’s in a particularly good mood, she might even offer her own closet for inspiration. Which makes you feel less guilty ‘borrowing’ her clothes since she knows you’re actually doing it.

If that’s not true love, I don’t know what is.

5. She upgrades your last name

Going to the same university as my sister has, people would refer to me as ‘her little sister.’

And I couldn’t be prouder as I answer ‘Yup, that’s me.’

6. She brings out your inner maternal instincts

Mess me with, that’s fine. Mess with my sister, you’d better sleep with your eyes open tonight.

7. She keeps your secrets

Out loud, of course.

8. You have different personalities, so you learn from each other

My sister and I are like day and night. But I’ve come to realize that if we were one and the same – living under the same roof would virtually be impossible. Your sister’s life habits and choices are so opposite from your own that is what makes your relationship so strong. But, it’s precisely these differences that nourish your friendship.

9. You’re in different stages of your life

Unless you’re twins, having a sister which is younger, or in my case older is pretty great as it allows be the objective.

At the end of the day, you’re both a work in progress – which reminds both of you that nobody is perfect.

10. Your love has no boundaries

So if you’re as fortunate as me to have a sister, congratulations!

You just found your soul mate.