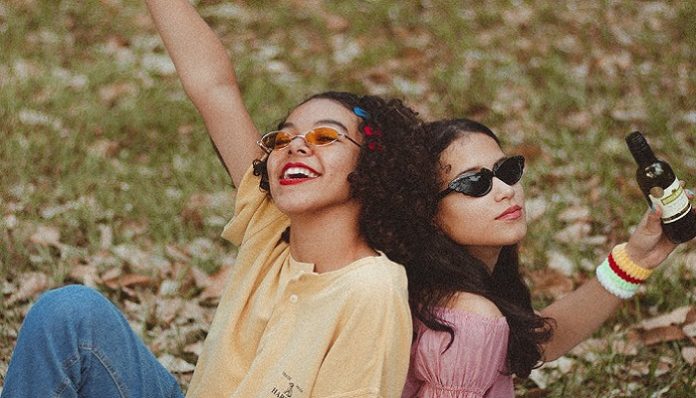 I think making friends is still a very common problem for people who have recently graduated or are going away for school. Even though there are a ton of articles out there about how to make friends, they might not all be relatable. Everyone is different and not every method is universal. Let’s face it, making friends as an adult is hard! Making friends as a kid just seemed natural, and it was somehow easier to connect with people. So what changed and caused a lot of us to be in a friendship rut when we grew up? I’ve summarized the 5 major ways that a kid friendship differs from an adult friendship, and maybe the key to connecting with others lies somewhere in the differences.

Then: Playdates. Most likely all of your friends lived nearby, which was very convenient. But this also limited the different kinds of people you got to meet.

Now: Conflicting schedules. Sometimes it’s impossible to get all your friends together for a simple coffee date, which is frustrating. On the flip side, you can now have friends all over the world, which means skype dates and also a place to stay when you go traveling.

Then: You would play during recess. I think anyone could have joined a game of tag, it was just that simple. There was literally a set time in your schedule to socialize.

Now: You have to apply extra effort to ask someone to hang out. If it’s your co-worker you might only get a half hour lunch to socialize. If you want to do something after work, you have to research places and events to go to, which could also take extra time out of your already busy schedule.

Then: I feel like all kids are chatterboxes. There is no such thing as small talk when you’re a kid. You can bring up the most random subject and somehow your friends have a response to it. Maybe it was all because we would just say what was on our minds all the time.

Now: Small talk is a big one. I think a lot of adults feel anxious about awkward silences or about being judged when opening up. We all definitely think twice before answering truthfully now.

Then: You probably had one or two friend groups that you hung out with during recess, and everyone knew each other.

Now: You might have a couple of close friends, and these close friends might have met each other once or twice. This means that you might not have time for some of your friends when you have to prioritize who to hang out with.

Then: As a kid, I feel like I didn’t hang onto grudges that much. Someone just had to make the first move or pretend the fight never happened for everything to go back to normal. And if it doesn’t you can always join another group of kids who are playing together during recess.

Now: If you pretend the fight never happened it could lead to a bunch of bottled up emotions, which is very unhealthy. You have to share how you feel with your friends and figure out why the fight happened if you really care about them.

Making friends as a kid was definitely easier, and it was because we just had a simpler lifestyle. At the same time, all those friendships might have been built on insignificant connections. As an adult, your friends are like your family. So at the end of the day, it doesn’t matter if you only have two or three close friends as long as you know that you can truly depend on them.