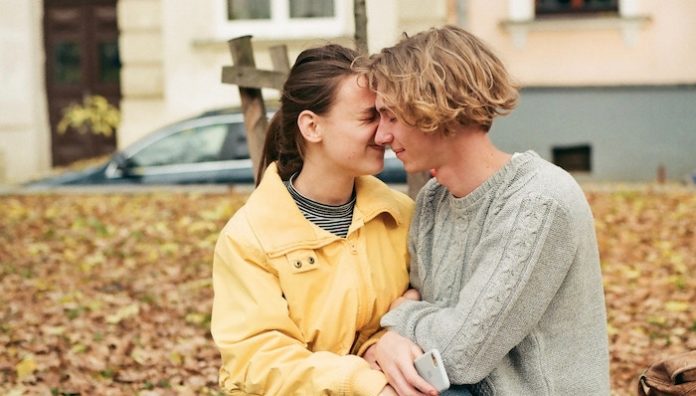 Our society focuses so much on sex that you’d think we’re all sexual experts by the time we hit our teens. But that’s a misnomer and a false expectation to say the least. And when we shift the topic to an aspect like virginity, the crowd grows silent and shifts their eyes down to the floor.

But talking about sex is important, especially during those hella awkward, hormonally-overwhelming teenage years. Here are a few things every teen should know about sexuality and their virginity.

First and foremost, remember that nobody owns your body.

The only person who dictates what happens with your body is you. Forced sexual encounters are not sexy, but daddies who drag their daughters to the gynecologist aren’t doing anyone a favor either. Embrace your purity or celebrate your conquests; it’s really all the same as long as the choice is yours.

Oh, and there’s no “scarlet letter” that lets others know that you did the dirty (despite what your father may say).

People will tell you all kinds of crazy nonsense about how to spot people who gave up their virgin status. While scare tactics may seem fine and dandy, most of them are inflated tales or complete make-believe. Hate to burst your bubble, but your hymen likely won’t tell your tale, nor will any “two-finger test.” So, ignore anyone who tries to tell you otherwise.

You should always ask for consent.

While you might think it sounds cheesy, it’s actually quite the opposite. Nobody is a mind reader, and our body language doesn’t always speak the truth. Just because she took her shirt off doesn’t mean she’s giving you permission to take off her pants. And although he’s obviously experiencing an erection, that doesn’t mean he’s ready to go. Asking for permission shows you care (and may even turn your partner on a little more). It’s best to err on the side of caution than second guess yourself after the deed is already done.

Also, keep in mind that sex isn’t always all it’s cracked up to be.

The media makes sex look incredibly appealing, especially that moment when you turn in your v-card. We assume that it will feel amazing while heaven and nature sing. Everyone instantly feels happier after sex, so we should all be “getting some.”

However, there are never any fireworks that first time, despite what we see on our television screens. In fact, it’ll probably feel uncomfortable (and you may even cry). Sex is one purchase that you can’t get a refund on, so if you’re in doubt, window shop and save that powerful v-card for someone who truly matters to you.

Finally, you decide exactly what constitutes “losing it” for you.

Much like the federal government and stereotypical gender roles, the term virginity is largely a social construct created to fit into a cookie-cutter, hetero-normative world. But unfortunately, the widely accepted view of what defines losing your virginity misses the mark on so many other sexual acts. It completely invalidates people from the LGBTQ+ community, victims of rape, and even some people with disabilities.

Despite what some may say, sex isn’t limited to penile penetration of a vagina. You can actually reach orgasm and fully enjoy yourself sexually in so many other ways. Therefore, it’s important that you decide what constitutes “losing” your virginity and, likewise, what does not.

Sex can feel amazing, but it can also cause a ton of emotional pain. Just remember that no matter what, Vivian Ward (Julia Roberts in Pretty Woman) had the right idea: “I say who, I say when, I say how much.”

Photo by Bohdan Polishchuk on Unsplash

How To Successfully Survive The Online Dating World

Why As A Control Freak I Chose To Go Skydiving

Asking For Help Is Not A Weakness, It’s A Strength

Why Living Alone Was The Best Thing That Could’ve Happened To...