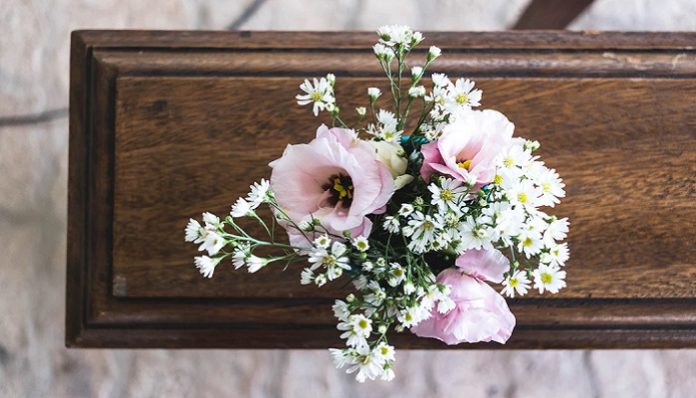 When it comes to dying, it can be unpredictable and last only a few minutes, or you can see it coming from a distance and it’ll last months or even years. It’s always hard to lose a loved one. What I can’t decide is if it’s harder to lose someone without notice or if it’s harder to watch someone fight that battle and lose every single day.

I’ve known people who have died unexpectedly. It always leaves behind a plethora of “would’ve, could’ve, should’ve,” and sometimes, a lifetime of regret. When was the last time we saw them? What was the last thing we said to them? Losing someone unexpectedly comes with a lot of uncertainty.

Recently, I’ve known what it’s like to watch a loved one die. My grandmother was recently admitted to in-home hospice care. She’s losing her battle with cancer – one that started nearly three years ago. Three years of cancer slowly killing her body. Three years of constantly feeling ill and being in pain, and toughing it out through cancer treatments. I had just seen her three weeks prior, and she seemed to be doing fine.

And then suddenly, she wasn’t. I sat by her side for the first weekend she was in hospice. We all did. We did what we could to make her comfortable. There were close calls, yet all we could do was wait. It was coming to terms with what was inevitably going to happen, but still waiting to suffer. It’s like when you stub your toe on the corner of the table; you don’t quite feel the pain right away, but you know it’s coming. It was going home for a week, hoping she would make it to the next weekend, yet not wanting her to suffer – hoping to see her one last time. Each time, I became more and more selfish, negotiating to whatever gods would listen that I would have one more time.

I kept waiting to get that phone call or text message telling me that she didn’t make it through the night. It was a band-aid that I wanted to rip off but still wasn’t ready to. I hated seeing her struggle the way she had, yet it was hard to imagine a life without her in it. I wanted to tell her that if she was ready to let go, then it was okay to let go.

What you don’t realize until it happens is that even if you had weeks or months or years to prepare, it doesn’t hurt any less to lose someone you love. If anything, you gain comfort from knowing they’re in a better place surrounded by other deceased loved ones where they aren’t feeling any pain. But at the same time, the pain of loss is extended the entire duration of their illness. You begin to grieve before you even have anything to grieve because you know that you will eventually have to. You try to soften the blow before it happens so maybe, just maybe, it won’t hurt as much when you actually feel it.

The reality of losing someone after watching them slowly die is that you’ll still feel empty. You’ll still feel numb. You might even still feel a sense of unfairness. Watching someone you love die is one of the hardest things you may ever do. There were times when I sat on my couch and cried and thought about how hard this was. “Man, this is fucking hard,” I’d say to myself. It was harder than battling depression. It was harder than the toughest exam I ever took in college. And at times, I honestly didn’t know how I was going to make it through.

But what helps is making those last days count. Fill it with all of the laughter that you can. They’re still with you. They haven’t gone yet. Don’t grieve until you have something to grieve. Make their last days comfortable and filled with joy, not a feeling of somber. Be honest and talk about what’s to come. They aren’t oblivious to the fact that they’re dying, so you certainly don’t have to act like it.

You’ll get the closure you need. You’ll know your days with them are numbered, so you’ll be able to make them count. Nothing has to go unsaid because you have the opportunity to say it. Tell them you love them, and more importantly, show them. Life is so unbelievably precious and can be gone in an instant. But the most important thing to remember?  It isn’t goodbye; it’s “see you later.”