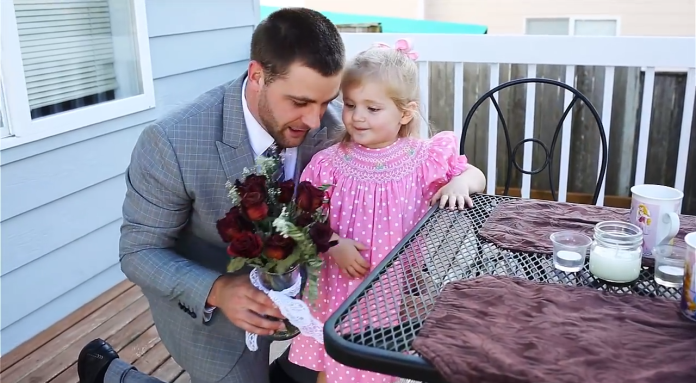 The fact we dedicate one day – and one day only – to celebrate our dads seems odd to me.

After all, how can we ever thank the men we’ve adored our whole lives and who have loved us unconditionally, even when we weren’t so lovable?

I’ve been told that my expectations of men are very unrealistic, and that the man I described was simply a figure of my imagination. But, how could I consider them unrealistic since I have living proof the perfect man exists? Our fathers are our first loves, our heroes in disguise, and our personal body guards. Which is why you should celebrate them, every single day.

So, for those of you who were told your expectations of men are simply far too high, I suggest you blame your dad.

Here are the reasons why:

1. You expect him to know what he’s talking about

When I speak to my father, he dazzles me with his knowledge of politics, culture, history, and other countless subjects.

As a child, I sometimes asked him how he was capable of knowing so much. His usual response would either be “It comes with age,” or “I read about it.” He taught me that the most valuable lessons come from experience rather than from a textbook. I don’t want to be with the smartest man alive, but I at least want to be with someone who is able to hold a conversation about politics for more than five minutes.

2. You expect him to have good manners

Before you start rolling your eyes and think, “Oh, she’s the type of girl who’ll sit in the car until he opens the door for her,” give me the chance to explain. Coming from a Russian family, I was taught you could see a person’s upbringing by the way they take care of others. Culture and values are passed on from generation to generation, and if the man has none, he can’t pass it on to his children.

You simply value men who open doors for you or give you their jackets when it’s cold. Does that seem unrealistic? I’m not contributing to the idea of specific gender roles, because I feel that women also have the same responsibility to show manners and compassion to their significant others. Sometimes it’s just in a different way. I mean, I’d give you my hoodie if you wanted it, but I don’t think it would fit…

3. You expect him to care

We may not all believe in a love story like The Notebook, but we’ve watched our fathers care for us during the good times and the bad. It takes two to tango, and if a man doesn’t care enough to reply to a text message, his actions speak louder than his words.

4. You expect him to protect you

We may not all have a father like Liam Neeson, but nothing beats a man who goes out of his way to protect us (hopefully not killing anyone in the process).

Women are generally blamed for having standards which are simply far too high no man could ever reach. But women want these things because they’ve observed it. They know that the unicorn boyfriend exists. After all, we’ve seen it with our own eyes.

So, thank you Dad for my high expectations of men. I owe you one.

Featured Image via screengrab of The Best First Date.