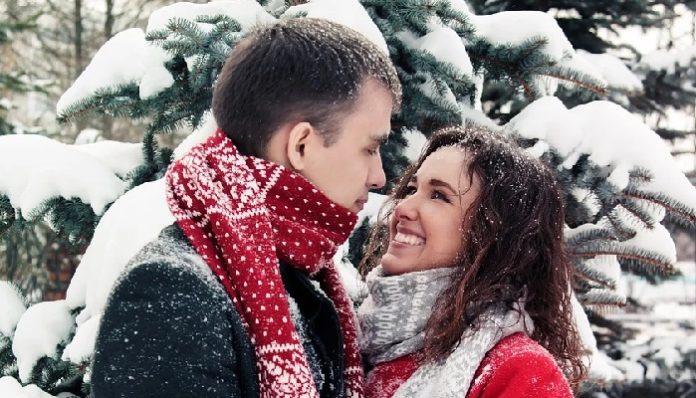 You meet the perfect guy: he’s handsome, charming, family oriented, and everything you’ve ever dreamed of. When he asks you out for a fancy dinner and drinks, you start dreaming about your future together, whether you’ll wear a Vera Wang or an Alfred Angelo, and what you’ll name your three perfect children. Ok, just kidding. On the date, you two hit it off with no awkward silences, which is pretty rare. After the date, he drops you off at your doorstep, kisses you goodnight, and asks to see you again.

Over the course of several months, you two become inseparable and he’s still the same standup guy he was when you met. The more time you spend with him, the more love you feel for him. But no matter how great it is, something is still bothering you: you’re worried because the “L-word” still hasn’t been brought up, which sometimes creates an awkward silence when you leave each other or end a conversation.

It’s hard to wait for the first “I love you”, but you don’t want to rush it and risk ruining your relationship. We’re always being told to go after what we want, but we also always hear “If it’s meant to be, it will happen.” With these contradictions being thrown at us, it becomes increasingly difficult to decide what steps to take. Just because he hasn’t said those three magical words doesn’t mean he doesn’t feel it: he could just show it in other ways.

So, how do you know when it’s time to profess your love?

When you enter a new relationship, usually you start to find it impossible to live without each other. The novelty hasn’t worn off yet so you’re in the mindset of “needing” each other. Even if it’s not the annoying needy love, it becomes difficult when you show your vulnerability. You should only profess your love for him when you realize you don’t need him.

How do you know when you don’t need him?

When you don’t need to spend every second with him. If you are aware that alone time is as equally important as your time with him, you don’t need him.

When you’re fine with having your space to do things with your friends. Everyone needs time with their friends, away from their significant other. If you know you have a life outside of your relationship, you don’t need him.

When he’s not your whole world because you’re whole all on your own. This is the most important: you should already be 100% complete on your own. If you are confident in who you are, what you want, and what you’re doing, you know you don’t need him.

Featured image via nastya_gepp on Pixabay