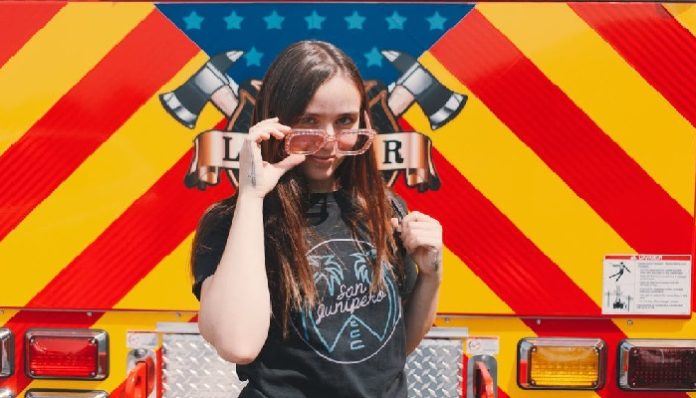 Your local feminist here. As tiring as it gets to preach feminism to people who aren’t interested in listening, I just can’t seem to keep my mouth shut. If it weren’t for the social stigmas that you and I constantly face that prove feminism is necessary, there wouldn’t be a need for this article. There are so many outlets now, particularly social media, that create more pressure to conform to society’s narrow-minded view of what it means to perform a gender. Women especially are thrown into an even smaller, more pink box and to tell you the truth, we ain’t about it anymore. Actually, we were never about it at all. Here are a few things that women should no longer have to put up with:

1. The expectation that women should aspire to domestic life

The assumption that a woman’s only purpose is to grow up, find a husband, and bear children is less prominent in today’s society; yet there is still an unspoken judgement against women who show no interest in getting married at all. Many of us have different priorities as young adults. We want to go to school and eventually get a job doing something that we love – after we’ve accomplished that, then maybe we’ll think about settling down. It is not uncommon to go to a family event and hear the inevitable question “Do you have a boyfriend?”, as if that is the most important thing going on in your life at the moment.

Feminist writer Chimamanda Ngozi Adichie addressed the topic in her TEDtalk “We should all be feminists”. Beyoncé used part of the TEDtalk in her song “Flawless”, using lines like “I am expected to make my life choices always keeping in mind that marriage is the most important” and “why do we teach girls to aspire to marriage and we don’t teach boys the same?” Thanks for exposing us to her work, Bey. The social rule that expects women to focus on marriage before anything else needs to be updated. There are better things for women to focus on while in their 20s, like crushing self-esteem issues and kicking boy’s butts out of those corner offices.

2. The stigma against sleeping around

As ridiculous as it sounds, it is still a common belief that women should always be seeking long-term, monogamous relationships while men can play the field as much as they want. As women, we shouldn’t have to make excuses for ourselves if we aren’t ready for a relationship but still want to have fun. I know this may come as a shock, but women enjoy sex just as much as men do. We are also just as entitled to casual sex as men are. It’s crazy, I know. A double standard on sex? Now, that’s just ridiculous. Both sexes consensually desire it, I’m not seeing the problem here, yet there still appears to be one.

3. Having to make excuses for our emotions

Nope, still not PMS’ing. For some reason, women are not allowed to get worked up about anything without the automatic assumption that we’re on our periods. Because of this, it is hard to be taken seriously when something upsets us. The idea that there is no way a woman can be passionate about something without a hormonal imbalance being responsible for it is completely unfair. Women shouldn’t have to conform to be taken seriously; our opinions are just as valuable as anyone else’s. Just because we may not agree with you, doesn’t mean our contributions aren’t justified.

Although the way some models look is a completely real and acceptable body type, the assumption that all women need to or should want to strive for it is offensive. This isn’t anything new or revolutionary, but all body types should be celebrated because all body types exist. There isn’t one superior shape or ideal body type, even though the media leads us all to believe that there is. What isn’t taken into consideration when preaching the ideal body is that 1 in 5 women struggle with an eating disorder. The ideas based around wanting to physically harm yourself for the sake of being thinner stems from desiring the body of the models in ads and commercials. Society’s idea of what’s beautiful needs to become more inclusive not only for the sake of one’s self-esteem, but for physical and mental health reasons as well.

5. Not being able to preach feminist beliefs freely

Feminism is the new “F” word and it is definitely treated like one. Nowadays, it is impossible to say anything about gender inequalities without getting an earful from someone claiming to be a “humanist”. Although it is virtually impossible to be a woman and not be a feminist, many women shy away from the label simply because it has developed such a derogatory meaning. A feminist is quite literally a person who believes in the social, economic, and political equality of the sexes; how many times does this definition have to be plastered across your social media feeds for you people to understand?

Unfortunately, radical feminism has given all other feminists a bad name. Feminism is now seen as some sort of angry, man hating movement. When in fact, feminists are just preaching that we make the world a more equal and fair place. Personally, I believe that gender studies should be a course mandatory for everyone, right alongside taxes, laundry, and cooking (but that’s another story). The lack of education on the subject is what leads to all the miscommunication about feminism. Men and women alike should identify as feminists, we all just need to seek the resources that will help us fully understand why feminism is so important.

Once these issues and many more are fixed, women will be able to lead lives free of social stigmas. There is no such thing as a perfect or ideal woman, nor should we be expected to become one. No one has the time or energy to conform to society’s restricting and sexist gender roles. We should be preaching social freedom and self-love instead of harmful stigmas. But deep down we already know that, don’t we?

30 Small Changes You Should Make When You Want To Look...