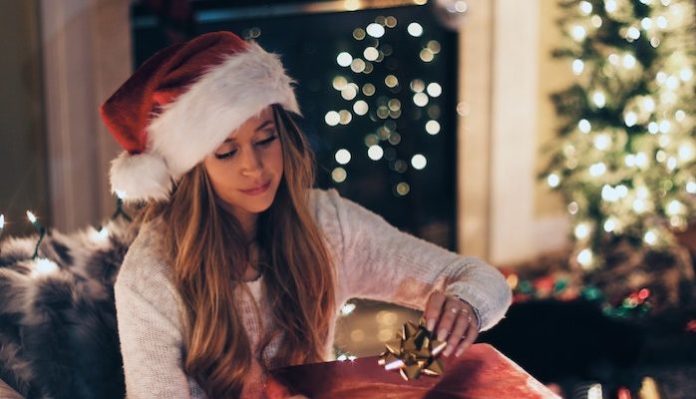 The holidays can be a traumatic time for people who are single. The holidays are supposed to be full of love, family and highly fattening baked goods, but are instead full of nosy family members, nagging friends and highly fatten bake goods that make you regret your pant choices. The constant questions about your dating life and the future that lies ahead of you can be incredibly exhausting and can quite frankly damage your liver. With family asking when you are going to finally settle down. Friends asking if you have tried out new dating apps or updating your profile. Or the absolute worst, “Let me set you up with so and so’s brother’s cousin’s uncle’s plumber.” This year, the holidays don’t have to be as frustrating as they used to be. So for Christmas, Hanukkah, Kwanzaa, whatever holiday you may be celebrating, my advice and gift to you is to own your singleness.

In the past, I wrote about how to “cope” with being single around the holiday, but I realized this year, that was funnier than it was positive. It used to feel as though when I told people I was single, I was telling them that I was diagnosed with an incurable disease and they would give me a look like my world was ending. As if there was no hope for me and that I was on the brink of death because a man had still yet to put a ring on it, or better yet, just change their Facebook status to “In a relationship” (Is that still a thing? Is that still how we define the relationship? I’m now officially old and have been single for a long time, what do I know about relationship status on social media?). In the past, people made me question my relationship status the most around the holidays because it was another year where I wasn’t ice skating with my “boo” or doing some Christmas shopping with my “bae”, but this year for once, I don’t mind being alone.

You are probably thinking, what has changed since last year to make this Christmas any different? Absolutely nothing, there is no man, stop questioning me, I’m going to die alone with my dog! (Sorry that is how I used to answer that question). This year, nothing has changed in the relationship category, but my attitude towards it all has. I’m not doing drugs, I haven’t found my place in Scientology, I have been doing a lot more yoga, but I’m not a hippy yet. I just feel comfortable enough in my own skin to know that a relationship status doesn’t define me as a person. I know I’m going to wake up Christmas morning and see a Newsfeed full of happy, taken people and all of their lovely presents to each other, some even changing their status to engaged after some precious, thought-out, adorable proposal by the Christmas tree, and I know that I’m going to be better than okay. Why? Because I will be playing with all my new Minion toys that Santa got me. Obviously.

You don’t need a “singles manual” to get through this holiday season. You don’t need a step by step plan of how to deal with your family and friends or a structured chart to map out what you are going to be doing with the rest of your life. You don’t even need a liter of Jack Daniels to cope with the idea that you are alone for yet another holiday season. You just have to own the fact that you are single and it just hasn’t happened to you yet. It doesn’t matter what off the wall questions that you get or the number of sad gazes that people give you. Just have confidence in the fact that whenever it is meant to happen, with whomever it is supposed to be with, it will. A little faith can go a long way when it comes to positive thoughts and confidence. Just focus on the things that really matter and not just your relationship status.

Lesson To Be Learned: Own your singleness. The best piece of advice that I can give you this holiday season, and all year round, is to just have confidence in yourself and know that all that matters is what you think of yourself. A relationship doesn’t define you as a person, so don’t let people make you feel as though it does. The holidays are about spending time with the people that you love and watching National Lampoon’s Christmas Vacation over and over again. Don’t let your relationship status overshadow it!

A Tarot Guide For The Absolute Newbie