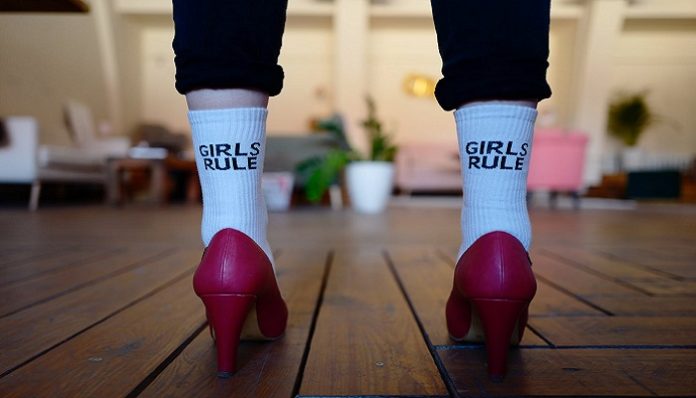 This semester, I am taking two women and gender studies courses, which guarantees me a solid dose (or two) of feminism. Feminism is defined as the belief that men and women should have equal rights and opportunities, meaning that the ideals that have come out of it are meant to benefit everyone. Even so, I’m shocked to find that in this day and age, still so many people struggle to identify themselves as feminists. The term “feminist” has an intimidating stigma behind it, which is why people are afraid to stand behind it. I would like to think that as people become more educated and society becomes more progressive, people would realize how critical the concept is to both men and women. It’s not feminism that’s holding us back, it’s the rigidity of the gender roles that our society has forced on us.

Although it’s true that we live in a patriarchal society and are quick to dissect how that harms women, what does it mean for men? It means rigid gender roles, pressures, discrimination, and harmful stereotypes. For starters, we tend to generalize that men are the sole perpetrators of this behavior and that they are never victims of such acts. Statistically speaking, in domestic violence cases over 40% of victims of severe physical violence are men.

Justice for female rape survivors has been generating lots of discussion in the media lately, but very rarely do we hear about the men that are affected by rape. In the U.S., about 10% of all victims of sexual assault, sexual abuse, and rape are male. We fail to consider the commonality of prison assaults and military sexual trauma experienced by veterans, mainly because the media doesn’t focus on such cases.

The sad truth is that although there are three female suicide attempts for each male attempt, there are four male suicides for every female suicide.  In 2012, 78.3%  of suicides were male and 21.7% were female – a huge difference. While growing up as a “tomboy” is acceptable for girls up to a certain age, there is no tolerance for “sissy” boys. Society teaches boys that it is not okay for them to freely express their emotions or to have interests other than playing sports and violent video games. Boys grow up being told to “act like a man” and discouraged from ever doing anything “like a girl,” a phrase harmful to both boys and girls. If girls that exhibit masculine tendencies are praised for their strength while boys that display more feminine interests are rejected, what are we teaching children about gender? At a young age, we are already showing children that traditionally feminine characteristics aren’t valuable and emphasizing the importance of qualities associated with masculinity. In the long run, this leads to confidence issues for girls, self-expression issues for boys, and communication problems for both.

We think of women as disadvantaged in our patriarchal society, but we rarely allow ourselves to consider the ways that the social constructions that have come out of this system harm men. Feminism supports everyone, so it’s important to keep all genders in mind. Because women are traditionally viewed as “caretakers”and child-rearing is seen as a “women’s job”, men are disadvantaged when it comes to gaining custody of their children in divorce cases. Thanks to feminist driven legislation, men can now request dependent care deductions for begin a single parent and have rights to 12 weeks of paternity leave. In addition, feminism has increased awareness of reproductive health and the importance of safe sex. According to Planned Parenthood’s records, their male client base increased by 83% between 2002 and 2012, as more men utilized the testing, treatment, and preventative care options offered.

In a society that’s so fast-paced and focused on who’s on top (literally and figuratively, in the bed and in the office), it’s important to slow down and notice how the behavior and norms that we’re reinforcing aren’t really benefiting anyone. We are all important and we are all human beings first. Every single person, regardless of gender or sexuality, deserves freedom of expression, the promise of acceptance, and their the most basic human rights guaranteed without a cost. By refusing to play into gender-based stereotypes and discrimination and being active participants in change and advocates for equality, we can trust the ideals that feminism is built on to take us to new heights.

Featured image via CoWomen on Pexels