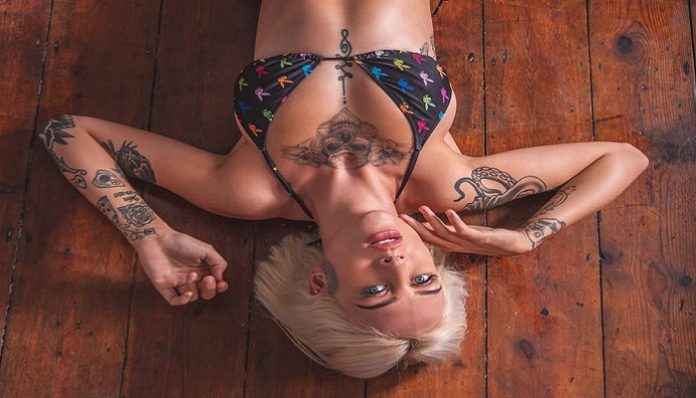 Not too long ago, Playboy magazine announced the big move to stop printing photos of nude women. This news was celebrated as a step forward for feminism and as a positive change for men’s overall perception of women. It was believed that Playboy’s change would do wonders for women’s perception of their own bodies and to help end the sexualizing and objectification of women. I’m not really looking to deny that there could be positive impacts on our society by Playboy ending their reign as a pornography supplier. I guess when the news broke, I just saw things from a different perspective than most.

Playboy is a “naked magazine.” Playboy has been a naked magazine since it began the publication in 1953. We have always known this. While I never particularly “liked” the lifestyle supported by the brand and its models, I’ve always accepted it for what it is. No one ever forced me to participate. I didn’t have to read it and I certainly didn’t have to pose in it. To put it simply, Playboy was never on my radar as an issue.

This unexpected announcement has prompted a lot of consideration for me. Although I probably stand alone as a female, I don’t like it. It’s not that I support Playboy or agree with the distribution of naked photographs of women. I certainly don’t like the negative effects that it has on women’s self-esteem or on men’s perception of women. However, we live in a pornographic culture and it’s only gotten more intense over the years. Pornography has been present for generations. The difference today is how incredibly accessible it has become. Playboy was around when nudity was still taboo and while they, of course, developed with the changing times to stay relevant, I continue to believe they have always been an extremely “mild” form of pornography. My thought is, if you take the nudity out of Playboy, people will just look elsewhere for pornographic images. I fear that what they’ll find will be much more problematic and offensive in terms of the issues of respect for women and healthy body image.

Whether you support Playboy or not, you have to admit their nudity is a lot more tasteful than most of the porn you’d find online. It’s certainly less graphic, as well. Playboy did not depict or encourage violence or sexual abuse towards women in the way that much of the pornography we currently see does. We are heavily exposed to violent sexual encounters between men and women online. There is an all around attitude being projected that this is “what women want.” With Playboy, it’s really just naked girls. Some could even argue that Playboy’s style of nudity is celebrating the female body more than anything. I’m not saying that’s necessarily true or that I agree. All I’m saying is that at least they aren’t printing images of underage girls being taken advantage of by middle-aged men, a common “plot” to pornographic films.

Another issue people don’t seem to consider when they make their assessment of Playboy is that their process is a respectful one. There is a professional aspect to the way they conduct themselves, which is more than can be said for many other publishers of sexual content today. The women in this magazine willingly take the photos while fully aware of what’s happening and what the images will be used for. It’s not like these leaked sex tapes that degrade and devalue a woman’s rights.

These models are paid, valued employees of an organization. Many women find their shoots sexy and empowering. Many are happy and proud to do what they do. Meanwhile, as depicted in the recent documentary, Hot Girls Wanted, many of the girls entering the world of pornography were young, confused and felt they lacked other options. They wanted to feel beautiful and be stars so they allowed themselves to be used by the disgusting system of the industry. Of course, it’s not always the case that the Playboy models feel dignified and porn actresses are simply being taken advantage of, this has proven to be the norm.

If your concern is for how women are viewed and treated, Playboy’s change should scare you.

It was an extremely tame form of pornography that kept the women in control. If your concern is for how young boys need to be sheltered from degrading images of women, this is also not a positive move. Curiosity is natural. With these photos now obsolete, they will still search. What they will find could be much more damaging to their innocence, their view of women, and their understanding of sexual relationships.