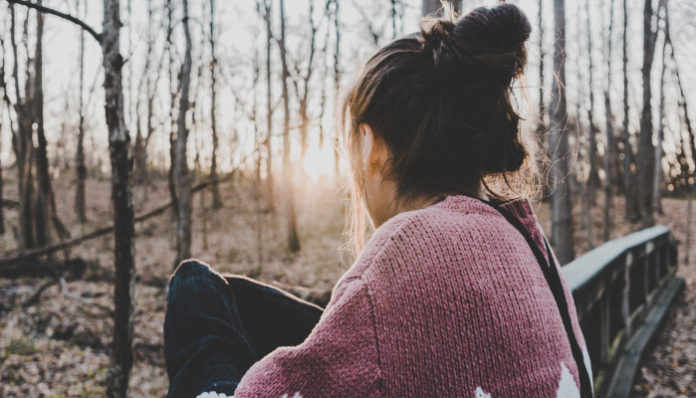 October sparks a particular feeling in me; a familiarity that comes with a pile of hesitation and an aftertaste of remorse. I’m uneasy. I feel myself pleading for this month to be different; to bring about the change I need instead of the monotony I fear. But as September bows out and October stands in, there is always a part of me that winces, unsure of what to expect.

There are songs that remind us of certain times in our lives; as the instruments begin playing we can be transported back to a moment. There are smells that trigger our senses as our receptors begin firing off transmissions to our brain as reference to our past reactions. Then, there are people that remind us of times and places that make us feel nostalgic.

The vividness of these memories does not dissipate or fade into the outer edges as shapeless or colorless; they are prominent facets that have leeched themselves to us. They are notches in our timeline; taking up space as a seemingly permanent residents in our minds and making us immune to forgetting.

October has a feeling for me, or maybe, it’s me that has too many feelings in October.

In October, I miss you too much. I miss you more because this is when I lost you. And now, you’re on my mind far more heavily than you were in September, and I’m realizing you’ve been gone the same amount of time that I ever had you.

In October, I synchronize. I try to recount what I did on each day leading up to the date you passed and the days long after. I’m stuck in this cycle and sworn to repeat it. In October, I am restless because I feel stagnant, caught up in the past. I am haunted.

I’m conflicted because I can feel the memories slipping from the consciousness of my daily life. It’s something that is always there but takes on different shapes and meanings with each passing October.

I’m angry because learning to cope with your absence has highlighted your flaws, and as hard as I try to blink them away, they’re the tinge that dulls every photograph.

I’m more comfortable than I was in September, but I’m still lost and wandering. In October, my certainty wanes faster than the leaves fall, and the path I thought was clear is now turning dark. It’s rushing towards me sooner than I expected, and I suddenly feel cold to the touch.

It seems to be ominous, especially since the month got colder and darker once you were gone. I feel that I lost that bit of sparkle that only you could see. I’ve lost the comfort I sought in you, but I gained it back in a different way.

I recognize that October continues to be both a starting and an ending place for me. I unmask the goblins that have been hiding within me, unearth the seeds I planted, and pray they will turn into more one day.

October feeds the itch I cannot scratch, the uncertainty I feel, and the prospect of what’s to come.

October is bitter, like the cold that nips at my ankles. It’s shrill like the voices in my head, reminding me of the past and the wind that whispers worries about the future.

I know I’m the one who has too many feelings in October. There are things  I have buried that uproot themselves during this time; triggered by the changing season and all that it has come to represent. My associations are contingent on one day, yet they are all compact. They continue to remind my heart of where I’ve been. I am vulnerable in October, but it has time and time again been a period that has made me stronger.

In October, I want us to be more.

I want us to to laugh from the bottom of our stomachs and recognize that we’re more than our arguments. This October, I want to trace over every mistake with the image of us together. I want to stay in this place we’ve created, in the safety of my heart, away from my head as it tries to make things into something they’re not. This October, I want us to feel that this is where we’re supposed to be, and there isn’t anything we can’t overcome. We’ve made it through this many Octobers, and this is where we were meant to end up.

7 Undeniable Signs That You Have A True Best Friend