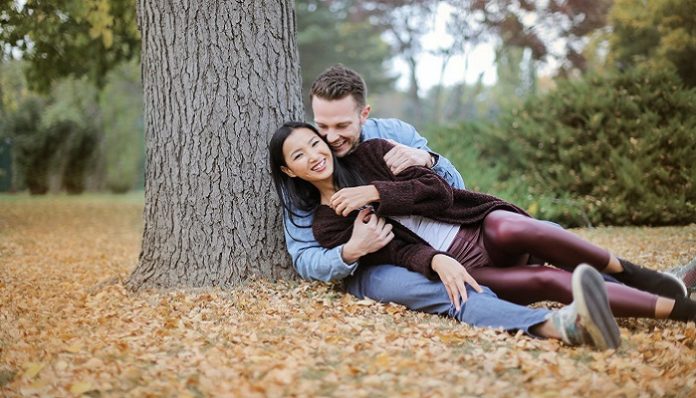 If I’m being completely honest, I actually hate buying gifts for people. Especially when it comes to my boyfriend. I always think I have the perfect gift in mind, then I start doubting it because what if he hates it?! As a broke college girl, I don’t have the money to get him what he really wants, like tickets to a game or a pair of Beats headphones. I think that sometimes the best gifts are the little things that you’ve put some thought into to make you stronger as a couple. I’ve done the research so your boyfriend isn’t saying his obligatory thank you’s about your last minute gift.

Buying cologne for your boyfriend is so personal because you can buy a smell you love and then every time he wears it for a date night, he’ll think of you. Make sure it’s a scent you know he’ll like, otherwise it’s just going to end up sitting on a shelf forever. If you don’t have money to splurge on a super expensive cologne, try a body spray or some lotion. You’re not going to be able to stop smelling him and he won’t be able to ever forget you.

Think about what his favorite movie or TV show is. Investing in buying the whole season of Breaking Bad or How I Met Your Mother is a good way for you to bond on those nights you just want to hang out together. Getting him his favorite movie or tv show is the perfect way to show him you care because it’s a confirmation to him that you listen to him and know him well.

Doesn’t necessarily have to be bowling but an activity like mini golf or something you can do together can mean the world in a relationship. All too often, couples end up sitting at home watching Netflix and pigging out. While that’s all great, it gets old fast. Doing something together that doesn’t involve staring at a screen can help you create new memories and inside jokes. And who doesn’t love those?

A watch is no doubt a timeless piece. When picking out which watch to get, take his fashion taste into mind. Even better, take him with you to pick it out! That way it’s foolproof. Bonus: when you go pick out the watch together that’s another memory together! Every day when he gets dressed he’ll think about you when he puts on his watch.

A heart-felt handmade gift always wins your guy over. My personal favorite is printing out a picture of the two of you and buying a cute frame to put it in. Give it a personal touch by writing a little note to him on the back of the picture. Your boyfriend will be the only person who knows it’s there so it’s a little secret you both can share.

No matter what you get your boyfriend, as long as you put thought into it, it’ll mean something special and he’ll love it. Don’t just hang out at home and binge watch Netflix, take him out on an experience and show him that you appreciate him. It’s okay to make one day in particular a celebration, and although you care every day, make it obvious on this special day by giving him a gift he deserves. It doesn’t have to be anything fancy, just a time you both will remember. They say that it’s the thought that counts, but I challenge you to take that further and make the gift count.

Here Is Your Sign To Step Into Greatness And Leave The...