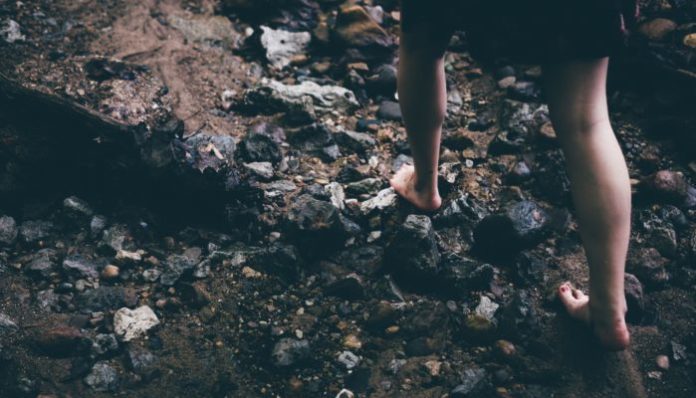 We all hate to say goodbye. It’s the one thing that never really sits the right way. It’s always a little too heavy on your heart. Whatever the reason, whoever the person, saying goodbye is the same in every language. It means that there’s an end. It’s final and most importantly, it’s over. Even if it’s an old flame, a long time coming, if it’s someone small or someone big, it never gets any easier to say it out loud.

It’s important to remember one thing that everyone always forgets to mention. It’s okay. There’s a time and a place for everything. Even if it doesn’t seem like it at the time, there’s a reason behind every last word. Even if you didn’t get to say it.

When you’re young, there are so many choices. And being in your twenties isn’t easy and carefree. It’s time to start making moves, small and giant. And it also means making choices for yourself. Deciding who’s going to be in your life, who’s going to stick around, and who isn’t going to the make the cut.

Not every situation gets closure, and honestly, not every person deserves a goodbye. It takes more energy than you think, making the choice to leave someone behind while you move forward. Making you were just moving in different directions.

It can mean falling out of love.

It can mean falling in love.

It can mean leaving home and building a new one.

It can mean going on an adventure and coming back and having to rebuild everything that you had before you left.

It can mean finally seeing that if everything stays the same, then you’re going to stay the same too.

I guess the real point is that it’s okay to be scared. It’s okay to not have everything figured out. But one lesson that is of the utmost importance is learning the art of losing.

It takes a while to master it because we all want to hold on, right? To stay around and fight. That’s supposed to be the hard part, holding on until your knuckles turn white. But the older you get, the smarter you get, and the wiser you are with your time. It doesn’t make it suck any less, but maybe you just get used to it. Because for the most part, it turns out better than expected.

I don’t know which one is worse, saying goodbye to a person, a place, or a thing. Maybe it’s the one that pulls on your heartstrings the most. Things are replaceable, most of the time, places can always be found exactly where you left them. The streets won’t have moved, houses and front porches will all remain intact. It’s people. Saying goodbye to people is the hardest part.

Because guess what? People can change. People can grow far apart or closer together. But having to say goodbye means that you don’t get to know what happens next. You don’t get to be the reason for a conversation or even a part of it anymore. And let me tell you, no one likes to be forgotten. Especially when they thought they would be around forever. But forever is a long time when your twenty-one or twenty-eight.

You don’t have to say goodbye to everyone and everything you know. It’s not always about cutting people off and out, or quitting your job or moving across the country. But there is something to be said about finding enough courage to do anything at all.

Fear can be a huge motivator, but it can also be the thing that slows you down the most. It can make you stand still forever if you let it. Some people wait their whole lives to get going, to change, to learn how to spell out goodbye for themselves.

I guess the point is that when you’re figuring it all out, saying goodbye, losing, is a huge part of it. And sometime before you can really decide who and what you’re going to be…

You have to learn how to say goodbye to yourself

Featured image via Photo by Jordan Whitt on Unsplash

If You’re Afraid Of Change, Here’s Your Wake Up Call