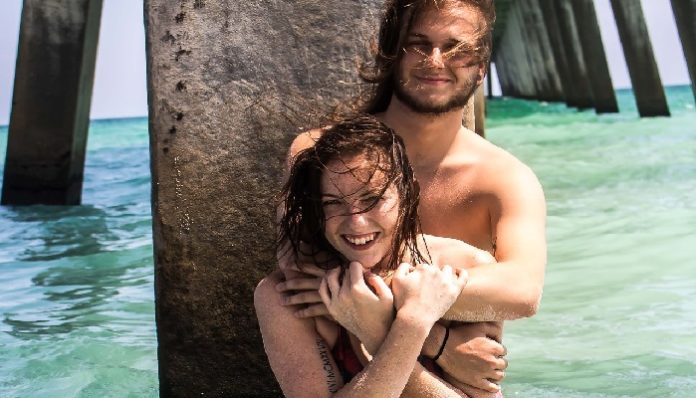 July 31st. That was the night I first saw him. I was drunk out of my mind and at some party. He was there, with his 6’6″ stature and two-toned T-shirt. I knew from the moment we sat in that broken recliner that he would do something special to my life.

Most people dream about meeting someone and falling in love. But when it came to me, my dream was to avoid all of that…because once your mother decides that being faithful to her marriage is no longer mandatory,  the thought of being in love disgusts you.

I thought I had it all figured out, thinking that love was just a big excuse to get hurt and waste my time and I knew I didn’t need any of that. To me, falling in love was a trap. Falling in love meant putting it all on the line knowing that it would end badly, because it always ended badly for me. But when I met him, all of that changed. All of the disgust and hatred towards the idea of love disappeared, because he showed me that love isn’t lying and manipulating and resentment.

He showed me that love is listening and supporting and patient.

We weren’t supposed to fall in love, him and I, and I think that’s what reeled me in. The idea that this was all temporary, a summer fling, enticed me. Two months, and then I was back to school, and that was it. The fear of putting too much out there and risking pain was gone, and we were just having fun.

When you’re terrified of falling in love, there’s a voice in the back of your mind that tells you that he doesn’t actually love you and it’s all going to fall apart. And that’s exactly what happened to me when we realized that what we had was more than just a fling. We just couldn’t think of things coming to an end, despite me moving an hour and a half away for school.

Falling in love with him was, and is, the scariest thing I’ve ever done.

Making myself completely vulnerable to him and giving him hundreds of opportunities to hurt me is terrifying. Having to trust that he won’t do that and that we don’t have the same relationship my parents did was even more terrifying.

My plan to never fall in love was probably the most committed plan I’ve ever had, but I guess with things like that, planning means nothing. It means nothing that I’m terrified to get hurt, and it means nothing that my mother decided to ruin the idea of love for me. I guess all it means is that I’m learning, and that falling headfirst into something that unknown and that extraordinary is completely okay.

Falling in love was my biggest fear, and I know that there are people who fear it just as much as I did. But I learned, and I’m still learning, that although it’s terrifying, it’s an experience, and even though the outcome of this is unknown, I’m in love with being in love.

Featured image via Pexels on Pixabay

An Open Letter To A Father, From The Daughter You Left...