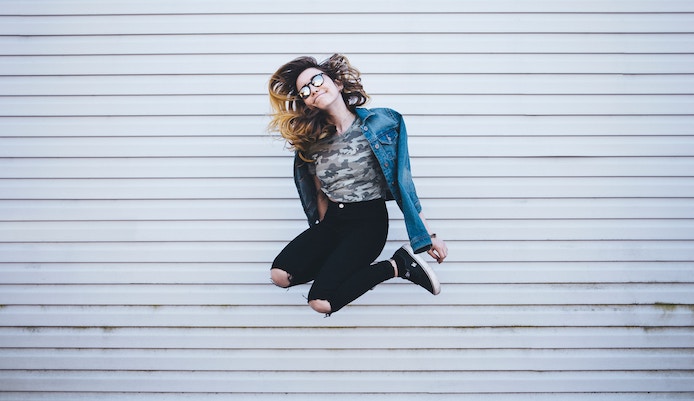 If there is one thing that I learned at the end of 2017 and the beginning of 2018, it is that I need to learn to live in the moment.

We spend so much of our time dwelling on past events that we feel have left a permanent scar on our bodies and soul, but this act does not allow us to heal and move on from the instances that harm us. I have come to realize that as humans, we are really good at taking something that should be a positive situation and finding some way to criticize and ruin it for ourselves. People take considerable amounts of time to process every possible outcome that they could possibly face in order to prepare themselves for the “what if,” and trust me, I am not here to criticize because I am also one of those people.

I am a scheduler, a list maker, and a person who glances into the future to try and predict what may occur so that I am prepared for what may come my way. Well, for those of us who share a similar quality, have you ever thought that if you are that good at predicting the future, then why not predict the lottery numbers? This is obviously a joke, but it is true that people spend so much time thinking about what might be their future that they forget to live in the moment.

We have to learn to sit down, breathe, and relax once in a while.

We live in a generation that is constantly on the go, constantly scheduled for some appointment or outing, and constantly checking our technology for any updates we may have on all social media. I don’t think people always reflect on the fact that this is such an unhealthy way to live. We don’t know how to relax because we are always trying to stay on our schedule, and at times, there aren’t enough hours in the day to even accomplish all that we plan for ourselves.

I thought about my priorities in life one night as I was snuggling up to my boyfriend and he was actually serenading me with a love song quietly in my ear. However, I felt ridiculous as I was lying there on my cell phone checking all of my updates because I didn’t realize that he had been doing this until the very last line of the song, and then it was done. It was too late. I had missed it.

I was so consumed with technology that I forgot to see what was really going on in the moment that I was in. I missed something that could have been a valuable moment to cherish forever. As humans, we become addicted to our technology and wanting to check what everyone else is doing and plan out our futures that we miss out on the present, and then it’s too late. I may seem as if I am ranting about something with no true direction in where I am taking the argument, but that’s just the thing! We have to learn how to not plan the future!

Instead of figuring out all of the “what if’s” that may occur in our future, what if we just coasted down the road with no plan or direction, what if while we coasted we looked around in every direction to see what we are living in at that very second, what if we learned to put our technology down so that we aren’t distracted from our precious moments with loved ones. Let’s just live now and worry about later, much later.

Photo by Anthony Ginsbrook on Unsplash