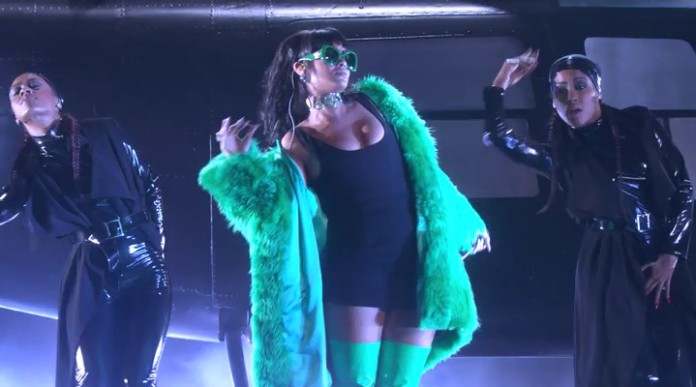 Maybe you’ve noticed while jammin’ in your car to the Top 30 countdown how unbelievably incomprehensible modern music can be, so I’ve decided it was time to take on the almighty task of translating what it is exactly these summer hits are trying to say. Take the Blank Space by Taylor Swift debate for example. Of course we were all secretly hoping the lyrics were ‘Starbucks lovers,’ and completely believed they could be.

Music has become more abstract now than ever before. Here’s a list of 8 summer songs that’ll have you both dancing and confused.

I have to say this music video was absolutely no help in helping me understand what was going on in this song. I realize Sia has a strong sense of originality to her grunge-filled voice, but I’ll admit to hearing ‘big girls cry when their heart is bacon’ multiple times throughout the chorus when in actuality the lyric was ‘big girls cry when their heart is breaking’. I couldn’t feel more emotionally touched with the former statement to be honest. I’ve been craving bacon for weeks.

I didn’t even have to listen to this song before I started to contemplate what on earth a “nae nae” was. I gave the song about a 45 second listen, they started talking about a “stanky leg” and I couldn’t bear to hear what happens next. Any idea to what the poetic genius was behind this one? Really…I’m open to believing anything at this point.

I am beginning to wonder if O.T. Genasis ever finished the third grade, because there is no excusable reason for why he can’t finish pronouncing the remainder syllables of the words in this song. After extensive research, I discovered this song was actually written about cocaine. As beautifully crafted as the analogies of baking soda are, I will still continue to believe this song was secretly referring to a different kind of Cocoa. Mmm, who doesn’t like chocolate?

Trap Queen…Right. Anyone know what a trap queen is? As mysterious as the Bermuda Triangle, I took on the intriguing challenge to discover what queen exactly Fetty Wap has trapped. Results: pending. But in the meantime, we know that they like to go to the mall, cook pies, and hey … this is a super catchy beat.

PSA: My sources tell me a Trap House is a place where drugs are made/sold. A Trap Lord is the head of the affairs, and the Trap Queen is his leading lady who helps him with his “business.” The reference to cooking pies is related to cooking meth, and the more I listen to this song the more I picture Fetty Wap and his girl having a candlelit dinners in a meth lab #relationshipgoals.

Nothing would impress me more than seeing a real life person rap this song to me. I mean, Iggy is clearly a robot from some futuristic planet. I can’t process three consecutive words in a row from this song. By the time my brain catches up to what she’s saying, all she appears to be saying is “uh f*ck me” and that, well that’s just unoriginal.

We all remember Rihanna’s song where she was “friends with the mustard under my bed.” I think B*tch Better Have My Money tops it. If her “blah blah blahs” didn’t throw you off, her smashed together, impossible to understand verses probably did. I definitely didn’t realize Rihanna was so strapped for cash, someone lend this girl $7 to go get some Ben & Jerry’s…she sounds like she needs it.

There’s really not much to say about this one. The lyrics are pretty straightforward. I’ve taken the liberty of typing them out below for you. Just read and repeat:

So there you have it. 8 summer bangers that you now understand the meaning of, or lack thereof. It’s possible I’m too much of an old soul to understand today’s musical metaphors and poetic genius, or that musicians hold an artistic license that should be respected. But maybe, today’s music has just turned to selling swear words for top 30 charts. I miss the days where music taught us hard lessons, and we could relate to them on a real level.

To all the yung homiez…stay trill (or however you say it).

Featured Image Screengrab of Bitch Better Have My Money.