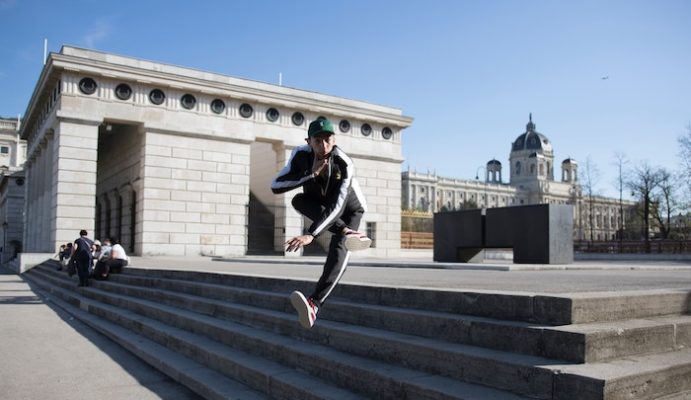 I wonder if other girls remember the day they got fat, because yes, in a time where body image is so heavily influenced by the media, it is something that happens overnight. One minute you’re a happy little girl, and the next you’re one who only sits a certain way because she’s afraid her stomach will roll over her pants.

I remember the day that I got fat. I was in sixth grade, and all of the little girls in my dance class were in one of two jazz small groups. While one group was in their lesson, the other would sit in the waiting room, snacking and chatting and having fun; except one day, they decided it’d be more fun to talk smack about their classmates who were in rehearsal, and I was one of their targets.

The rest is pretty easy to piece together—people gossip, and it got back to me exactly who slammed me for being too fat for their dance class . From there on out, getting ready for dance meant a set of sit ups before leaving the house, strategically placing the elastic band of my tights so nobody saw where it pressed into my belly and not drinking anything for a few hours beforehand so I wouldn’t bloat. In hindsight, my dance prep was extremely exhausting.

My body hate kept on going into high school. I never suffered with anorexia or bulimia like some dancers do, but that didn’t keep me from envying the girls who seemed to never hit puberty, who didn’t need to wear a sports bra, or who didn’t need to pay as much for costumes because they managed to squeeze into children’s larges.

I hate that so many of my memories dancing were plagued with worrying how my stomach looked doing the dance moves.

I guess it’s not much of a surprise that I started feeling this way in a dance class. It has always been hard to be a dancer (or woman, for that matter) who loves her body—I will never forget being a child watching Center Stage and seeing Maureen, a beautiful ballerina, make herself throw-up because she didn’t like what she saw. I don’t really remember what I did with that image. I remember being really affected by it, like hey I feel you there, sister, but it’s upsetting that I wasn’t more affected—a dancer hating their body just seemed so normal, so ordinary, so run of the mill. And now, in a world of Dance Moms drama and InstaFamous dancers with flawless silhouettes, we don’t even need eating disorder story lines to feel like shit about ourselves—the standard for dancer perfection is everywhere.

I hope every day that everyone gets to have the kind of revelation I had in college. I spent most of the college search process looking for a school that had a smaller student population but still managed to have a nationally competitive dance team. I am so unbelievably lucky that I found Assumption College when I did, when its team was at its peak and when I was going to learn some of the most important lessons of my dance career.

Like I said, my team was pretty competitive on the national scene. We might not be dance team ‘famous’ the way some huge schools are, but we’ve brought home some pretty high national rankings. Somewhere in the hustle and bustle of dance teaming, all of my body shaming bullsh*t fell by the wayside. Maybe it was because practice was so hard that I literally didn’t have time to think about what I looked like in the mirror, or maybe it was being surrounded by such beautiful, talented, badass girls whose bodies looked a lot like mine. Maybe it was that I was put in a way more mature dance environment, and I started to see that I couldn’t possibly hate my body,  because it’s the very thing that makes it possible for me to turn for days and days or spin with my leg pulled up by my face . I think it’s a combination of all three of those things. I realized that thick, muscular thighs helped my jumps have power, and a solid tummy held my core in place.

There’s something romantic in knowing all of my body positivity came from my first and truest love, dance. It’s especially pleasing because for so many girls (me included at certain points of my life), dance has been the very thing that makes us hate our bodies. As a dancer and a woman, I am not unique in struggling with body image.

I’ve always hated that I started feeling fat because of something that someone else said; it made me feel embarrassed. But now I realize that’s how it goes for everyone—we don’t start hating our bodies because we have some intrinsic damage that forces us to not like ourselves. We start hating our bodies because society tells us to, whether those messages come from a magazine, or a TV show or the models in the Victoria’s Secret Fashion Show. But now it doesn’t really matter that I let someone else’s opinion of me dictate my own. What’s important is that my love for myself came from dance, something that lives deep inside of me. I guess that’s all any of us can hope for.