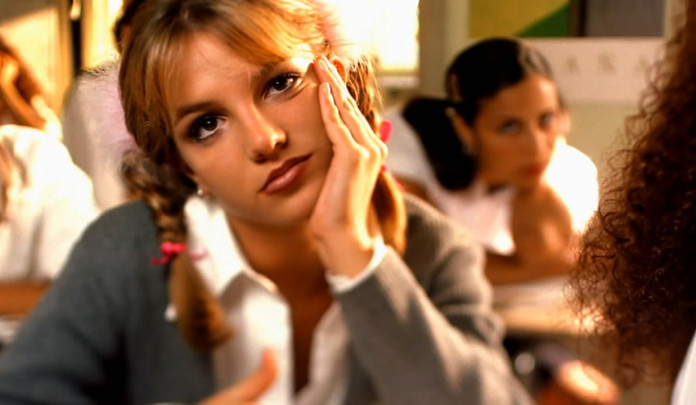 As if we needed evidence other than chokers, old school Nickelodeon, cheap-ass gas prices and the movie Clueless to prove that the 90s was (and forever will be) the best decade of all time, we cannot forget that music from the 90s was on point. 90s jams were fun, heartwarming, and not to mention, taught us some pretty important lessons in life still relevant to this day. Here’s 7 of the most important of lessons to be learned:

So much to do, so much to see

So what’s wrong with taking the back streets

Ah, Smash Mouth. They did more for us than creating the best song featured in Shrek; Smash Mouth told us to get out of the rut of our everyday routine and go out and see the world. Forget your fear, forget the fact you’re broke, forget taking main highways…Smash Mouth reminds us that we need to slow down sometimes and enjoy the little things. Wake up and smell the roses!

Or are you comfortable with the pain?

You’ve got no one to blame for your unhappiness

You got yourself into your own mess

Lettin’ your worries pass you by

Don’t you think it’s worth your time

To change your mind?

Yes, words won’t bring us down, no, no

We are beautiful in every single way

Yes, words can’t bring us down, oh, no

So don’t you bring me down today

While technically releasing in 2002, this ballad promoting self-love and acceptance is close enough to the 90s AND important enough to include in this list. With all the haters in the world it’s easy to get caught up in the negativity and feel down about ourselves. But y’know what? We all ARE beautiful, in every way; no matter our shape, size, color, creed, political views, salary, annoying habits…we’re all deserving of our love for ourselves. F**k the haters.

4. You Get What You Give: New Radicals

You’ve got the music in you

You’ve got the music in you

This world is gonna pull through

You’ve got a reason to live

We only get what we give

This is the anthem for the underdogs, the kids with a dream that are told by the authorities that they’re crazy and they’ll never make it. The whole song is basically raising a middle finger to society, the wealthy elite, anyone who turns on us. New Radicals assures us that we will be someone some day and we truly do get what we give in this world.

5. Shania Twain: That Don’t Impress Me Much

But you’ve got being right down to an art

You’re a regular original, a know-it-all

Oh-oo-oh, you think you’re something else

Okay, so you’re a rocket scientist

That don’t impress me much

Preach it, Shania! Guys, if you insist you’re right every damn time, look in a mirror more than we do or have a deeper connection with your car/guitar/any other inanimate object than you do with us, we’re not impressed.

Why you wanna give me a run-around

Is it a sure-fire way to speed things up

When all it does is slow me down

Poor Blues Traveler, going after someone who’s only “in it for the chase.” Giving someone the “runaround” who’s totally into you is hurtful and unfair to that person. Being upfront and honest from the beginning with your feelings and your intentions is the way to go. And if you can’t be open with someone about how you’re really feeling, then you’re inconsiderate and obviously don’t care about the other person’s feelings whatsoever.

Well we know I’m going away

And how I wish – I wish it weren’t so

So take this wine and drink with me

And let’s delay our misery

While this song sounds upbeat and you may find yourself jamming to this song with a smile on your face, if you take a closer listen you realize that it’s actually a bit of a downer. You can’t help but to feel bad for the guy! Moral of the story: Long distance relationships kinda suck but drinking wine kind of makes it better in the moment. Wine fixes everything.

Really, what would we do without the 90s? If the fashion staples and classic movies weren’t convincing enough for you, these song lyrics will probably be the evidence you need. Petition to bring the 90s back is officially in motion.

Why You Need To Stop Apologizing For Everything You Do