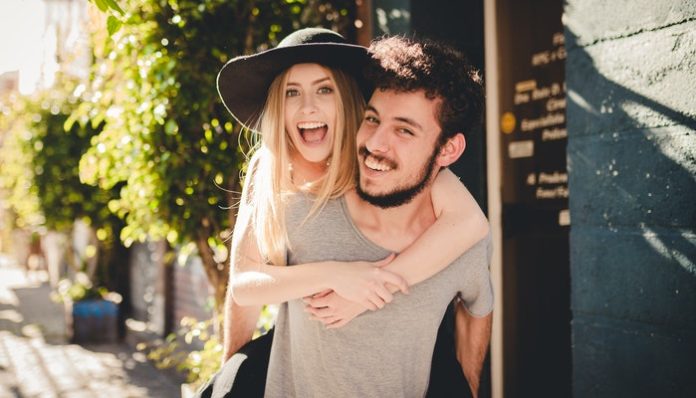 Some women are okay with strangers catcalling them; they find it flattering and it makes them feel hot and confident. But for others, catcalling is rude, offensive and potentially threatening. If a catcaller doesn’t get a positive response, it can escalate and become harassment or even violent.

But according to a 2015 study, objectification and catcalling are perfectly fine — as long as it’s by your significant other.

Researchers from Florida State University and The Kellogg School of Management at Northwestern University studied how women in new heterosexual marriages liked having their partner sexualizing them.

They found that women who sensed that their partner was more invested in their relationship were more satisfied when their partner appreciated their sexuality.

However, women who thought that their partners were less-than-committed felt less happy about their sexual value.

Maybe it’s me but don’t all people, regardless of sex, want their partner to find them sexually appealing? And don’t they appreciate it when their partner expresses how sexually attractive they find them?

If you partner catcalls you, it’s not the same as when some dude on the street tells you that you have a nice butt.

For one thing, it’s completely out of context and entirely inappropriate. I’m guessing that if your partner wants to express how sexy he finds you, he’s not going to scream it from scaffolding or while eating a sandwich on a job site.

According to the study, liking it when your partner objectifies you makes sense from an evolutionary perspective.

Again with the evolutionary perspective!

So many of these studies drag out the view that women are still trying to find a mate who can give them healthy babies and stick around long enough to help take care of them.

This study went on to say that if your committed partner thinks you’re sexy, then it makes you feel like you made the best choice in choosing them for a mate.

If you’re in a not-so-committed relationship, then who cares if they think you’re sexy? This non-partner is not going to be around to help bring up your future kids, right?

This thinking may have been useful in past generations, but it’s not especially relevant today.

In addition, this study was pretty limited in its scope, as they didn’t study any same-sex marriages.

What you enjoy or allow from someone you’re in a relationship with is very different than what you’ll accept from a stranger.

Photo by GUIVERG from Pexels

This Is The Last Thing You Should Ever Judge Yourself By