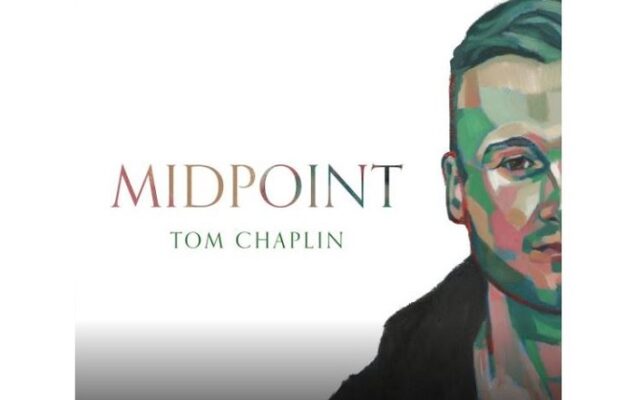 Keane lead singer Tom Chaplin recently released his third solo album, “Midpoint,” which has been subject to a wide variety of opinions. Its tone and themes are unlike what most music artists release, making it contentious among fans.

As Chaplin reaches middle age, “Midpoint” explores the existentialism and, ultimately, gratitude that comes with getting older. And I loved it.

Chaplin’s mid-life crisis album came just in time for my quarter-life crisis. And words cannot express how much I appreciate that.

The music is unlike anything I’ve heard before. Though I enjoyed Chaplin’s first solo album, “The Wave,” and his Christmas album, I admit I found myself wishing they were Keane albums instead. However, “Midpoint” genuinely feels like something Chaplin couldn’t have done with the band. It’s that deeply personal.

The album opens with “All Fall Down.” This song brought me to tears. Chaplin’s voice and the piano can take something that might sound cliche – like “we all fall down” – and make it feel new and beautiful.

“Midpoint” continues with “Rise and Fall,” which is one of my favorites from the album. The instrumentation combined with the harmonies is just to die for.

Then you get sucker-punched with “Black Hole.” This song feels like the thesis of the whole album. It perfectly articulates the bittersweet combination of knowing your own mortality and being grateful for life.

You’d expect a song titled “Black Hole” to be moody and depressing. That’s why it comes as a shock when it starts with cheerful piano, chirping birds, and children laughing.

But that’s really what life is – smiling and enjoying it all despite the void.

I also loved the more acoustic-centric tracks like “Stars Align” and “Gonna Run.” These songs further showcase Chaplin’s incredible range. Also, parts like the bridge of “Gonna Run” demonstrate how much emotion he can throw into his voice.

Aside from the strong music and Chaplin’s stellar vocals, the lyrics are the standout element of this album. Upon first listen, I was literally yelling expletives because some of the lyrics were so good I couldn’t contain myself. (Hopefully, my neighbors don’t think I’m crazy!)

This line from “Panoramic Eyes” in particular left me floored:

I mean, COME ON. Many people go their whole careers without writing lines that good!

The album’s lyrics explore themes many artists who want to stay young and relevant forever avoid – aging, slowing down, and death.

But in this album, these things aren’t scary. They’re treated as a privilege. These lines from “New Flowers” describe it best:

Then the chorus continues:

“I don’t need no fast life on the road / I just want to savor my time getting old / If I don’t need it, I’ll let it go / And I want to admire / How the new flowers grow”

Growing old is something to savor, not run away from. Chaplin is at the point in his life where he isn’t chasing fame and accolades, and that’s okay. In fact, it’s beautiful.

And as he sings in the album’s title track, we should stand tall and salute the wonder of life instead of letting it pass us by.

Listening to this album for the first time was a religious experience for me. But I’m fully aware that it’s not for everyone, especially those who aren’t into slow songs that make you question your existence.

But if it sounds even a little in your wheelhouse, I beg you to take a listen. It’s a journey you won’t regret going on.

What did you think of “Midpoint”? Let us know in the comments!