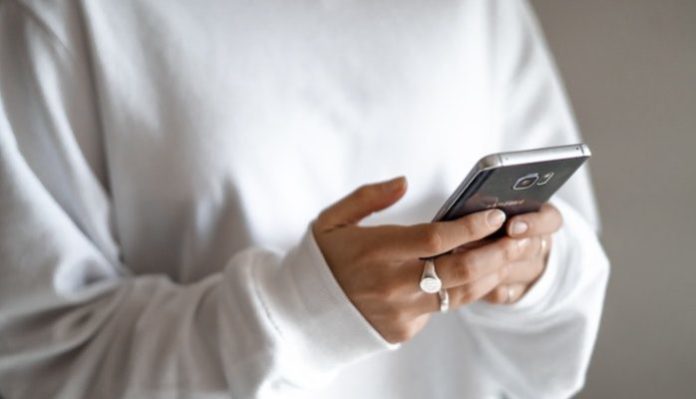 The most dreadful part about dating is having to tell someone you’re not interested.

Figuring out exactly how to tell someone you’re not interested can be really stressful when you don’t want to hurt their feelings — especially after you’ve been dating for a while or have friends in common.

Breaking it off with nice guys isn’t as easy as walking up to him and saying “I’m not interested,” — at least for most of us. It might make you feel bad and even guilty for turning someone down. This can lead to even more painful methods of rejection that have become all too common in modern and online dating, such as ghosting.

No one wants to be rejected — but we have to remember that no one really likes being the rejecter either. According to Bockmann, the best way to reject someone nicely “is to speak from your own perspective.”

“Don’t say ‘you aren’t right for me,’ but rather, ‘I know that I am looking for something different’ or ‘I don’t feel connected to you,'” she explains. “That way you aren’t attacking them personally, judging them, but rather speaking about your own needs. No matter what, it might hurt, but the pain will be less if you don’t attack them.”

I have to admit ending things over text or dating app messaging system is a thousand times easier than doing it face to face. But sometimes you have no choice but to tell him you aren’t interested face-to-face.

Don’t worry, the steps below will help you say you’re not interested politely.

If you don’t like him like that, keep the conversations short. Guys tend to assume you’re crushing on them if you talk to them for a long time. Keeping things short also reduces the chances of things escalating into a long-term relationship.

How to put it into action: If you’re not sure what to say to end it, try saying “I really have to go.” or “Sorry, I have to get back to my friends.”

Some guys are really bold, and they’ll ask you one a date right away. If you know from the get-go that you’re not interested in taking your relationship any further, the best thing you can do is make that crystal clear from the start.

How to put it into action: Tell him “thanks” to let him know you appreciate the offer and think he’s a great person — just not for you. But be sure to follow with a “no thank you” so that he knows you aren’t interested. If he asks why, remember that you don’t owe him an explanation — you don’t have to answer unless you choose to.

3. Avoid flirting with him.

If you’re telling him you aren’t interested but you’re flirting with him, he’ll think you’re just playing hard to get or sending mixed signals. He won’t think you really rejected him and he’ll continue to pursue you.

How to put it into action: Don’t flirt with him altogether so there’s no room for confusion.

Nothing kills a guy’s vibe more than hearing he’s in the friend zone. Guys hate being friend-zoned by a girl they’re interested in.

How to put it into action: Tell him he’s just your friend and watch how fast the flirting stops.

5. Just tell him “no” and remove yourself from the situation.

Some guys just aren’t good at taking hints or being let down easy. So you can’t shy away from being direct with them.

How to put it into action: The best thing you can do is just flat out tell him you’re not interested in dating. Don’t tell him you enjoy talking to him or say anything to prolong the conversation.

There might be an instance when you tell a guy no and he persists. If that continues and you feel unsafe, leave the situation altogether. You don’t owe him anything other than honesty.

Photo by Kelli McClintock on Unsplash