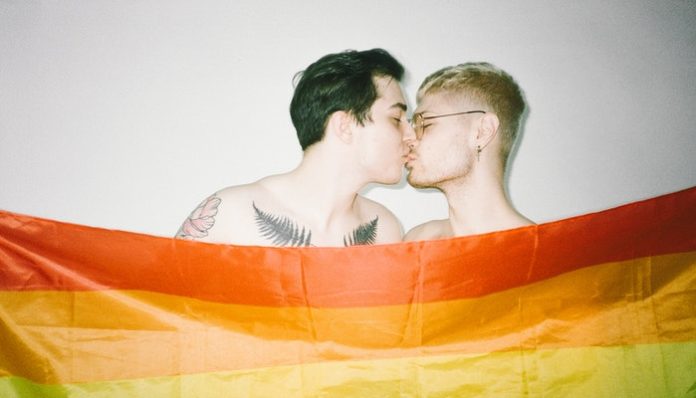 Transphobia is so prevalent in our society that most people don’t even realize how commonplace transphobic microaggressions are. Some allies will correct pronouns and educate those around them. But there still seems to be a disproportionate number of people who don’t see an issue with rejecting transgender people simply based on their gender identity.

I can’t even count the number of times that I’ve heard someone say “No offense, but I’m just not into dick” or “I could never go down on a pussy.” Most people don’t see this type of language as a problem.

But as someone who identifies as transgender, I not only find it frustrating to hear these things, but I also know that it’s highly transphobic.

Although some may argue that rejecting someone based on the genitals they were born with isn’t “transphobic,” I want to offer you a fresh perspective that may change your mind. Imagine a trans person who fits your sexuality, whether that’s a transwoman or transman. Let’s call them Alex. You and Alex go on a few dates, text all the time, and get along great! One day while you’re together, Alex pauses and tells you that they’re trans. If that new information causes you to suddenly lose interest, then you have a transphobic mindset.

Now I’m not saying that you can’t have other preferences. If Alex sings too loudly in the shower and it really grinds your gears, that’s a preference. However, if you tell someone that you’re no longer interested in them romantically or sexually after they come out, then you’re demeaning them to nothing more than their factory-installed genitals.

I often hear, “But what if someone has trauma surrounding certain genitals?” This is a valid, important concern to bring up in certain circumstances. However, it isn’t valid to bring up this argument if you are not someone who has that type of trauma.

If you catch yourself thinking, “I wouldn’t date a trans person,” that isn’t just “being picky.” Trans people are not a “type.”

If you catch yourself falling into a transphobic mindset, though, you can take steps to change your thinking patterns for the better. First off, you need to accept that your way of thinking is transphobic. Then, ensure you don’t think of trans people as a “type.” If you struggle with this look into yourself to try and pinpoint the aspects of transgender identities that don’t appeal to you.

If your feelings ultimately come down to their factory-installed genitals, try being closer friends with someone who identifies as trans, or even date them if feelings arise, and express your concerns. After all, communication is the best way to process any sort of internalized feelings, and the trans person you’re getting to know may actually help you discover that sex with a trans person isn’t as otherworldly of a concept as you might think. If you can’t openly communicate with someone you’re seeing about your preferences and feelings, then you might actually be dealing with a larger issue than your outlook on their identity.

Although confronting our own internal biases isn’t easy, I hope that you now see the harm that comes from rejecting someone based on what’s between their legs. It may take time and a lot of self-reflection, but eventually you will overcome your internalized transphobia and learn that dating a trans person is no different than hooking up with a cisgender individual.

9 Ways To Get Yourself Out Of That Slump