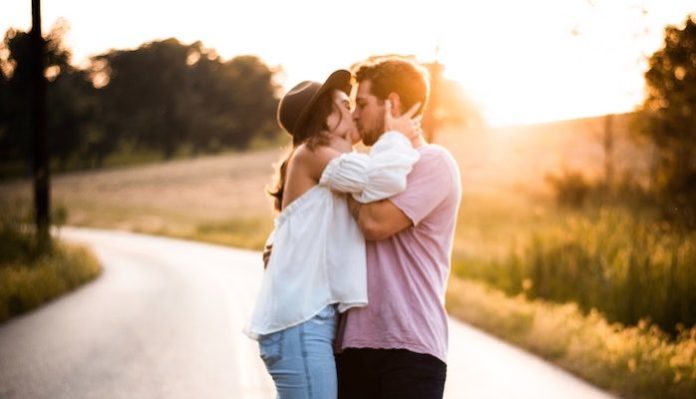 Guys can be very hard to read, particularly if you’re trying to gauge where you stand with them. Sometimes, it’s obvious. Other times, the guy in question can’t actually spit out his true feelings, because machismo.

Things can get even more complicated when you’re sleeping together and have a friends with benefits agreement.

Are you curious to find out where you stand, but don’t fully want to ask him for fear of scaring him away? Look for these signs your friend with benefits is falling for you, or beginning to.

12 Signs Your Friends with Benefits is Falling for You

1. You notice he gets grumpy or hissy when he sees you flirting with other guys.

This is often a sign that he wants you to be his girlfriend. Guys don’t get all territorial if they don’t have any interest in a girl.

Don’t believe me? Then try to flirt in front of a gay guy and see if they notice.

When guys do this, it’s a major sign. Body language experts can actually tell how deeply in love a couple is by how often they maintain eye contact.

3. His voice gets higher when he’s talking to you.

Among one group of guys I drink with, we actually have a name for this phenomenon. We call it “Girlfriend Voice,” and yes, it’s actually something backed by science.

Guys talk just a little bit more high-pitched when they are around a girl they like.

4. He’s always hitting you up, often for the stupidest reasons.

A guy who’s really into you will come up with a million and one reasons why he needs to talk to you all the time. Guys who aren’t catching feelings will only hit you up when they want sex, or won’t hit you up at all.

5. He gives you presents, offers you rides, and does nice things.

Typically, men can’t be bothered to do this for girls they don’t have feelings for. If he’s doing this stuff and it’s not with a “friendly” vibe, then you know what that means.

6. If you’re single and complaining about men in front of him, he gives you the ‘scolded puppy’ look.

You know the look I’m talking about. It’s that look where you can totally see that he’s hurting from hearing your disparaging (but probably valid) remarks about his gender.

Also, if he does that when you’re disappointed in him, it’s probably because he is, at the very least, interested in you.

7. He’s done something idiotic in front of you.

Don’t ask me why, but guys who catch feelings tend to be insanely stupid when it comes to the ways they try to impress girls.

If you’ve had to call an ambulance, the police, or just had the urge to video it while shouting “WorldstarHipHop!” he probably just caught feelings for you.

8. If other girls are around him, he avoids talking about them or pushes them away in your presence.

Having dated many a DJ and professional dancer, I can tell you that this is often a telltale sign that party boys and players may have caught feelings for you.

9. The dates are slowly escalating.

At first, it was only “Netflix and chill” with him. You understood it was a booty call.

Now, he’s asking you to drop by as he’s cooking penne vodka. After that, he’s talking about going out to a museum with you for a champagne gala. Yeah… guys do that when they decided they caught feelings.

10. You’ve been told by him, multiple times, that he’d be into a relationship.

Uh, yeah, guys usually don’t advertise that unless they’ve caught feelings. If he’s pressing for commitment, chances are that he’s at least somewhat into you.

11. He giggles and blushes around you.

You know how girls get all shy and withdrawn when they’re around a guy they like, but feel he’s too intimidating to talk to? When guys start turning beet red, stammering, and giggling, that’s the male version of that behavior. If he’s doing this, he’s putty in your paws.

12. He tries to flaunt cash or his strength to impress you.

Yes, this is a sign that he caught feelings and is trying to show you he’s worth dating. Go figure, right? Well, at least he’s trying!

Ossiana Tepfenhart is a writer based out of Red Bank, New Jersey. She writes primarily about lifestyle, food, finance, and relationships. You can follow her Twitter.

Photo by Devon Divine on Unsplash