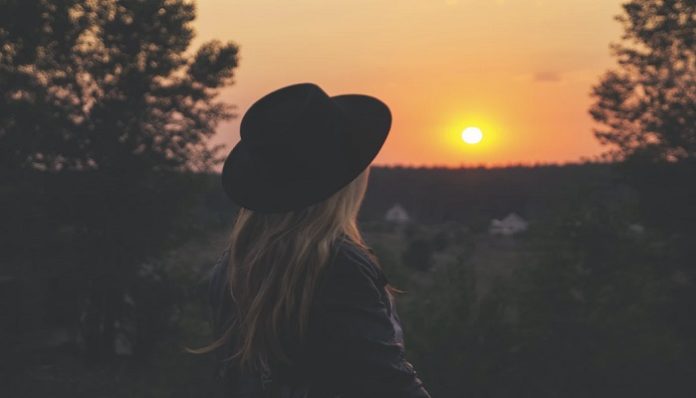 It happened in 11th grade. I fell in love with a guy and believed that it would last forever. I worked way too hard to keep the relationship together and make things work. However, he ended up leaving me in my senior year anyway. Despite everything I gave and how hard I worked. For a long time, I beat myself up about it. I wondered what I could have done to make him stay or what I did to make him go. I felt like nothing would ever be able to measure up to what we had. I had myself convinced that he was the one and now he was gone. I was utterly heartbroken.

Everyone has their “one that got away,” and no matter how much time has passed, your heart is never really the same. While it’s okay to carry a scar from your past heartbreak, you have to stop blaming yourself. Stop holding onto this illusion of who the man who walked away was. The simple truth is that if that person were really the one, they never would have “got away.” Now, as a married woman who has that “one that got away” in her past, I can testify with absolute certainty that “the one that got away” wasn’t the one for you anyway. In my case, “the one who got away” actually came back. Or at least, tried to. It was then I who rejected him because I had learned the lessons we all should. If a guy really wants to be with you and sees a future with you, he won’t leave.

Are there exceptions? Of course. People get scared, they panic, or challenges arise and they choose to leave. But if it’s meant to be, they always return refocused and ready to tackle all the struggles relationships and life brings. Punishing, questioning, or doubting yourself on the basis that the person you believed you were meant to be with left you is toxic and pointless.

The bottom line is, love is a choice. If that person is no longer around, they chose to stop loving you. Now, that is not to say this is always an intentional decision. Particularly if you were young at the time, people grow and change and it influences their decisions in ways they may not even realize. You can not and should not continue to rehash these things because the truth is, that person leaving is the best thing that could’ve happened for you.

Your past relationship ending means that you are able to move forward and find someone who is a better fit for who you are today. You can take away all the lessons you learned about relationships and yourself as a person as a result of your ex choosing to move on. Do not allow that man and your past to become an anchor that holds you back from being who you are supposed to be and being with someone who really is your “one.”

How I Got My Life (And Time Management Skills) Back on...