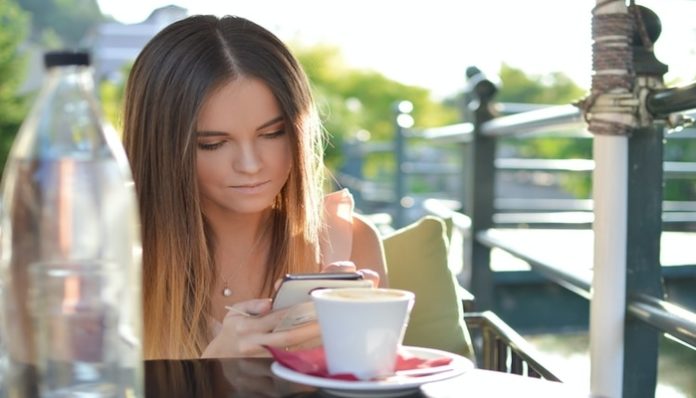 Ah, dating apps. We love them, we hate them, we swear we’ll never use them again… but then we’re back on Bumble again two weeks later.

We’ve all been there before. We download a dating app, fill out our profile, and swear that this time, we’ll give this app an honest shot. However, once matches don’t respond or conversations fizzle out, it’s easy to want to pull the plug on dating apps.

But before you know it, you delete your dating apps (again) and redownload them (again) within a week. And the cycle continues…

If you’re genuinely looking for love, constantly deleting and redownloading dating apps is one of the top habits to break. If you keep deleting, you could miss out on making a real connection. The virtual dating world doesn’t stop for anyone, and all the connections you could make are off making other connections. Plus, if you delete your chats, all of your matches could disappear.

Make a firm decision about whether or not you want to use dating apps. This decision will determine where you need to focus your efforts, so you’ll waste less time.

2. Uploading Photos With Multiple People In Them

Picture this: you’re reading someone’s profile and think that they sound like the perfect match. But as you flip through their pictures, you notice that they all include other people in them. How do you know which person is your match?

Remember to primarily include photos of yourself on your profile. You have so much to offer, so let the dating world see you as you are!

3. Waiting For Others To Make The First Move

You may worry that no one will respond to your messages or that someone will reject you once you do start talking. However, it’s better to reach out first than to wonder, “What if?”

Can we leave ghosting behind, please? Ghosting is one of the worst things you can do on a dating app. And let’s be real — we’ve all done it before. The conversation fades out, and we leave forever without saying “goodbye.”

Instead of ditching your matches without an explanation, be honest about why you don’t want to continue your conversation. If you don’t know what to say, try something like this:

“Hey, [name of match], I don’t want to lead you on, so I’m going to be honest. It’s been great talking to you, but I don’t think that we should continue talking because [explain reason here]. It was great getting to know you, and I wish you nothing but the best.”

Cutting things off with a match may be awkward, but it’s better than leaving them on read and never talking again without an explanation. Be straight-up with them so that you don’t waste their time .

5. Expecting To Find Love Right Away

When you use dating apps, you may not find love on the first try… or the second… or the tenth. And that’s OK. Don’t give yourself grief for going after what you want. You will find love, and when you do, you’ll realize that every step along the way was worth your time.

If you’re not having any luck on dating apps, make sure that you aren’t making any of these common mistakes. Once you change your dating app habits, you’ll be ready to find your perfect match!

Why I Hate Myself For Still Thinking About You

Why We Need To Stop Being Scared Of Openly Addressing The...