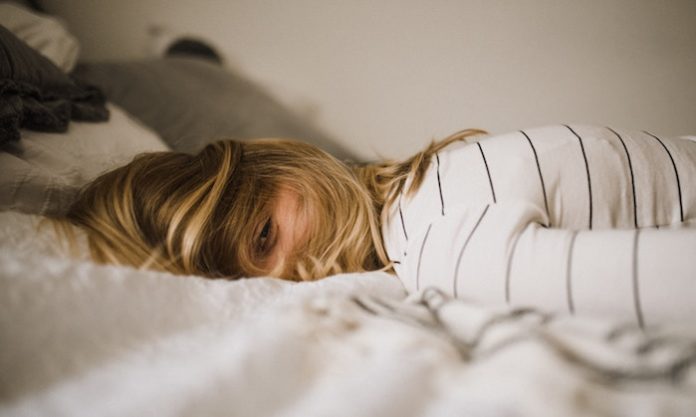 Life has been far from perfect since we last spoke (I spoke, you read – You get my drift). One day last week, I woke up and I wasn’t able to walk. Talk about scary. My body was in so much pain and it literally took everything in me to attempt to force myself out of bed to figure out what was happening to me. Turns out, my back was having such a bad spasm that the pain traveled everywhere and left me feeling victim to my own body. It was such a terrible pain that I wouldn’t even wish on an enemy, even Oprah.

Sitting wasn’t an option. Standing wasn’t an option. Writing wasn’t an option. I was forced to do nothing but attempt to relax, curse like a sailor and pray for some relief. During this week and a half sabbatical from normal life I have no choice but to think my life choices over, as well as binge on a lot of Netflix (Have you seen The Crown yet? Why didn’t I binge on it sooner!) So now that I’m back, semi-recovered and standing less like the Hunchback of Notre Dame, I’m ready to throw a little life lessons at you that I have learned from all of this.. When life literally shits on you, shake it off.

Sunday was the first day I felt somewhat better. My meds were finally kicking in and I was able to find some relief, so I thought, “Why not go outside and enjoy the unseasonably nice weather.” Sundays are also my “fur baby’s” day, where we spend some extra time together and we go for a run. Even though I knew that I shouldn’t take him with me, because he isn’t the “most behaved” dog on the streets and pulls me all over the place looking to say hi to his girlfriends (He is a player – I know, I’m working on this behavior), he guilt-ed his way into coming with me with his “You’re a terrible dog mom if you leave me here all alone”. I’m aware, he is spoiled and rules my life.

The walk started off fine, the weather was lovely, this is going to be okay. I felt little pain, what could go wrong? About half way through my dog feels the need to relieve himself and then got extremely upset with me when I had to clean it up (He howls.. He gets extremely embarrassed that I have to pick up his poop for him and feels the need to announce it to the neighborhood. It’s actually quite hilarious). Anyways, back to the story.. we continue on with our walk and he begins to pull to go see another dog. I grab the leash with both hands concerned for my old, failing back and didn’t think twice about the poop bag. Ten seconds later I realized that the unthinkable has happened.. The poop bag broke and I have shit everywhere.

There is shit on my shoe, shit on my pants, shit on the road, and yet my dog is looking at me yet again as if I’m an embarrassment to society. And you know what my first reaction was? I laughed, Hard. For the first time in days, I couldn’t control my laughter. The past week had been so difficult on me physically, mentally and emotionally, and yet, I found humor in the fact that there was dog poop everywhere and there was nothing I could do about it. This was the comic relief to all of my pain from the week and I weirdly knew that things were going to have to get better from here. Did this week make me cry? Yes, in the privacy of my own home with my girl Ellen D (Ellen Degeneres obviously). Did I question why God had put me in so much pain? Hell yes, every single aching moment. Did I overthink every possible thing that I could have done wrong to bring this on? Most definitely, but it was literally getting shit on me that reminded me that this was just another small challenge that I could overcome.

So what did I do next? Whipped the shit off as best that I could and carried on with our walk. I wasn’t about to let a little bit of poop damper our walk or our day together. We can choose to let things get the best of us and be upset with the cards that are dealt or we can continue to shake off the small stuff and appreciate all that we have. Throughout the week I kept seeing stories of people losing their homes/lives in the California mudslides or a woman that was learning to walk again after the Las Vegas shooting and it put my life in perspective. Yes, I’m in pain now, but it will get better. Yes, I’m suffering now, but it isn’t as bad as someone else’s life. Yes, life threw me a curve ball, but if this is my my biggest problem, I’m the lucky one. Mind you, I never want to experience that physical pain or get dog poop on me again, but it was going through that rough experience that made me appreciate what little problems I had in the big scheme of this thing we call life.

Lesson to be learned: Laugh when life literally shits on you and shake it off. Life is going to throw you curveballs. It is going to be when you least expect it and it is going to feel as though the world is fighting against you, but you have to realize, in the big scheme of things, your problems might not be as bad as someone else’s. Try to look at it as a little hiccup in the grand scheme of things and persevere through it all. Look at those around you who are triumphantly fighting bigger battles and use them for inspiration. Sometimes it takes getting shit on to realize that you are able to overcome a lot of things that you didn’t think you could.

Why Cuddling Is The Most Underrated Human Activity